Many fear for future of Birr briquette factory 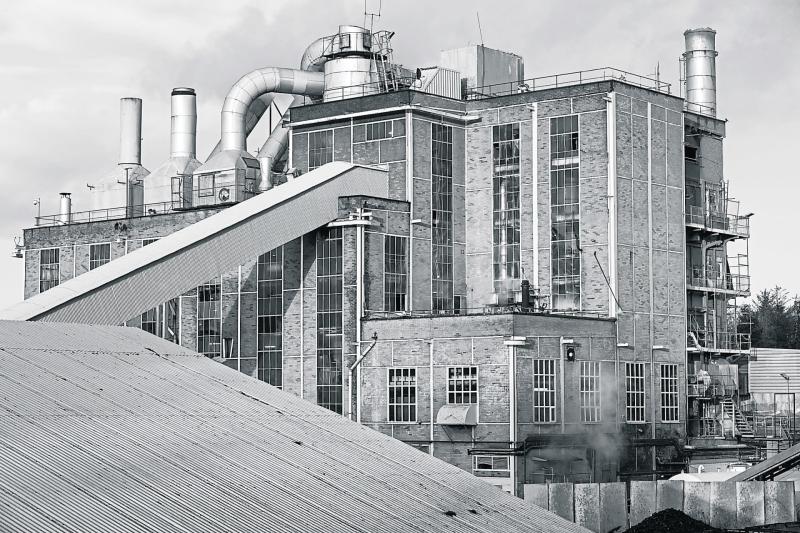 Fears are growing that the Derrinlough Briquette Factory will cease manufacturing briquettes before the alloted cut off time of 2024, and will shut down for good with the loss of 60 jobs.
While Bord na Móna will deny that this bleak scenario will unfold, in fact the outlook of many ordinary people who talk to The Midland Tribune is usually a pessimistic one.
One fuel merchant in the Midlands, who wished to remain anonymous, told the Tribune this week that he believes Bord na Móna's projected timescale of a cessation of peat usage for the manufacture of briquettes is not likely to happen, because the cessation will happen well in advance of the company's projected 2024 date.
“I think the company's plan is in fact to shut down the briquette factory at Derrinlough,” he said. “I think this is a fear at the back of many people's minds. There was some hope when Bord na Móna began experimenting with a type of biomass briquette to replace the peat briquette. They started experimenting a few years ago, but it seems that their experiments haven't borne fruit. They did unveil a new type of briquette a couple of years ago, but it wasn't a success, it wasn't successful with the general public. It was a type of sawdust mixed with peat and it was definitely inferior to the traditional type peat briquette.
“In fact, I think that the company's traditional peat briquette is now using an inferior type of peat. What I'm being told is that the company's remaining peat stocks are off an inferior quality. The company's traditional peat briquettes now being sold in the shops are, I don't think, not as good as the traditional peat briquettes that it used to manufacture.
“I've been in the fuel merchant business for many years and the general feeling among workers and the public is that the days of the briquette factory are numbered. Of course we could be wrong. We'd love to be wrong. But at the moment the company seems only intent on one road and it's not a good road for the factory and for the Birr area. In fact, things are moving so quickly, the government and Bord na Móna have accelerated their decarbonisation programme so significantly that I could see the manufacture of peat briquettes in Derrinlough being stopped completely in 2022.”
He said the government has been heaping price hike after price hike on fossil fuel, with the most recent price hike in recent weeks being a massive one, with the result that shops are now charging about one Euro 50 Cents more for a bale of peat briquettes than they were previously. “The government's strategy is obvious,” said the fuel merchant. “They are driving the average customer away from peat briquettes to seek alternatives such as eco briquettes or pellet fired stoves.”

The factory is situated on the Cloghan to Birr Road. It was built in 1959.

The last update given on the future of this important factory was given by Deputy Barry Cowen last February. Back then Deputy Cowen said he had been informed that the factory was due to remain in production until 2024. The Deputy said he was conscious of the fundamental changes that are occurring in the midlands and the difficult changes that are occurring for people who have worked in Bord na Móna for decades. He said he had 'campaigned tirelessly' on behalf of those affected to ensure the Government makes available the necessary funding and support to maximise the potential to respond positively. "I am aware of people’s concerns in relation to peat production not meeting demand. I have been informed that Bord na Móna’s Derrinlough briquette factory is due to remain in production until 2024. The factory is currently working at full capacity, production and nationwide supply of peat briquettes is in line with last year’s volume." He said the Programme for Government and the Climate Action Plan has set the target of retrofitting 500,000 homes and installing 400,000 heat pumps in existing buildings over the next ten years. “I firmly believe there is a need for a bespoke heat retrofit for homes depending on solid fuel. I will continue to engage with the Government on this in order to encourage the development of a pilot scheme that specifically caters to pensioners and others who are at risk of fuel poverty."