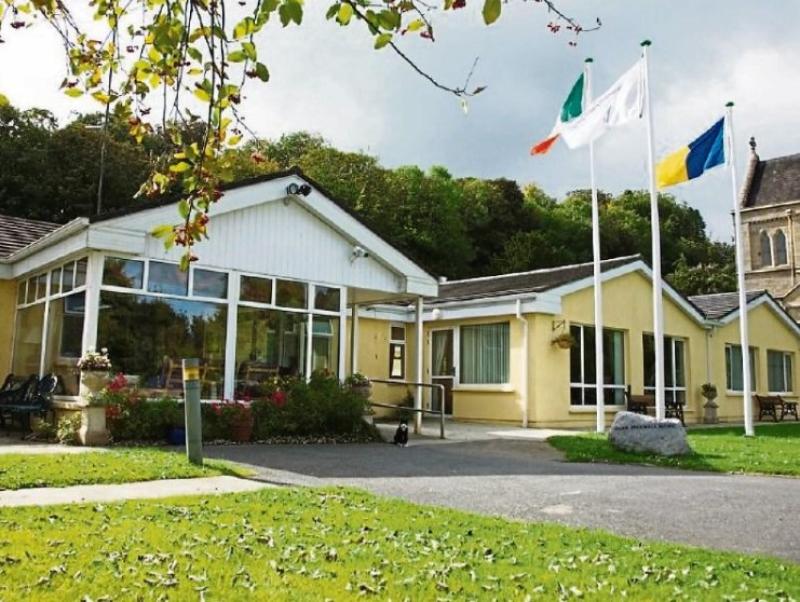 Expenditure of up to €1 Billion has been set aside in the National Development Plan (NDP) announced recently to be invested across 88 existing public nursing homes that do not currently meet the new 2022 required HIQA Standards, and that is seen by some local public representatives as an avenue for Roscrea to fight to make some of that funding available for the future development of the Dean Maxwell Nursing Home in Roscrea
However, disappointment was expressed in other quarters that the Dean Maxwell Home wasn't specifically mentioned in the NDP, which will mean that there will be a fight ahead to secure funding for the home.
Fianna Fáil TD, Jackie Cahill, believes there is considerable scope under the NDP to draw down funding for the development of the Dean Maxwell.

"While no specific health infrastructure projects are mentioned under the new version of the NDP, there is a specific fund put aside to be drawn down for health infrastructure.
Speaking on Monday, Deputy Cahill said: “I am pleased to confirm that an avenue very much remains as a funding option for the development of the Dean Maxwell home in Roscrea.
“Last month, Minister for Older People Mary Butler visited the Dean Maxwell and met with local groups in Roscrea at my and Cllr Michael Smith’s invitation. Last June, Cllr Smith and myself also met with Fianna Fáil Minister for Public Expenditure and Reform, Michael McGrath in his Department in Dublin to discuss Cllr Smith’s proposal to save Dean Maxwell.
“I raised the Dean Maxwell in the Dáil again last week, and informed Minister Michael McGrath that it remains a top priority for Cllr Smith and myself in Roscrea.
“There is a funding option available under the NDP for health infrastructure. Now that that funding has been secured, we must push hard for the Dean Maxwell to benefit from this.
“Health infrastructure projects like what we are proposing to government ministers for the Dean Maxwell are not specifically mentioned in the NDP, but with the inclusion of this general health fund, that should not seriously hinder our collective efforts to draw down funding for the development of a new unit in Roscrea, on the grounds of the existing Dean Maxwell.
“I will continue to work with Cllr Smith and my colleagues in government to keep the pressure on for this funding option to be utilised in order to keep Dean Maxwell at the heart of Roscrea”, Deputy Cahill concluded.
Deputy Michael Lowry TD also noted that the NDP provides for expenditure of up to €1 Billion to be invested across 88 existing public nursing homes that do not currently meet the new 2022 required HIQA Standards.
"Dean Maxwell, Roscrea, falls into this category," he said. "The Plan states that the funds are being made available to the HSE for refurbishment, replacement or construction of existing Care Homes for the purpose of bringing them to the required standards.
"I have worked closely with Mr John Lupton and the members of RCDC in Roscrea to secure the future of all existing services provided at Dean Maxwell, including long-stay residential care.
“This group of community activists have been totally focused and steadfast in their aim to ensure that the present and future older generations of Roscrea would enjoy the care and security that Dean Maxwell provides.
"The focus must now be on ensuring that the HSE bring forward a fully funded plan to maintain and expand services on the site of Dean Maxwell. In view of the ongoing obstinate tactics of the HSE Mid-West Executive this will be a major challenge. To overcome the resistance of the HSE to maintain full services in Dean Maxwell, I believe it will be necessary to have political intervention.
"I will be approaching the Taoiseach, Tanaiste and Minister for Health to demand that sufficient resources from the specific fund be made available through the HSE for the purpose of developing and expanding all existing services at Dean Maxwell. This is now most certainly a political issue. The HSE will not move on their position without political direction," added Deputy Lowry.
However Labour leader Deputy Alan Kelly expressed disappointment that the Government didn't include the Dean Maxwell in the National Development Plan.
"I’m very disappointed that the Government has not seen fit to include the Dean Maxwell nursing home in Roscrea as part of the recently announced National Development Plan. I raised it in the Dail with the Taoiseach only last week to give it one final push before the plan was published.
"Many were led to believe that an announcement regarding its future would be part of this plan but alas that has not been the case. The people of Roscrea will feel very let down by this. I’m sure they are sick and tired of false hope and promises being made.
"The plan commits to the refurbishment, replacement or extension of 88 community nursing homes. However, this includes nursing homes that are already being developed across the country. This means that we will have to fight to get the Dean Maxwell included in the Government’s remaining limited capital provision in this area.
A very good submission was made by the groups in Roscrea to request its' inclusion in the plan. I’d like to thank them for their work and I for one will continue to push for a new Dean Maxwell to be prioritised and preferably built on the grounds of the current site," stated Deputy Kelly.
Local Councillor Shane Lee said "the HSE must adopt a common sense approach in relation to maintaining long-stay beds at the Dean Maxwell in Roscrea and the Government should instruct them to act with fairness."
"As their name suggests, these care facilities are home to the people who live in them.
"The HSE must look at these elderly people with compassion. Up to this point they have failed to do so in relation to Dean Maxwell. Giving their backing to a 50 bed Nursing Home United in Nenagh, while allowing beds to be taken from Roscrea to this unit in Nenagh, may be a cost effective approach by the HSE, but it shows a complete disregard and lack of understanding for the needs of elderly people. We all understand that funding is not a bottomless pit, but money cannot be weighed against the care of our senior citizens.
"The HSE now has the opportunity to strike the right balance for Dean Maxwell. They should use their basic common sense to ensure that elderly people are not taken out of the place they call home and sent to a unit in Nenagh, 20 miles away from their families and loved ones.
"It's time now for the HSE and the Government to do the right thing for Dean Maxwell," concluded Cllr Lee.