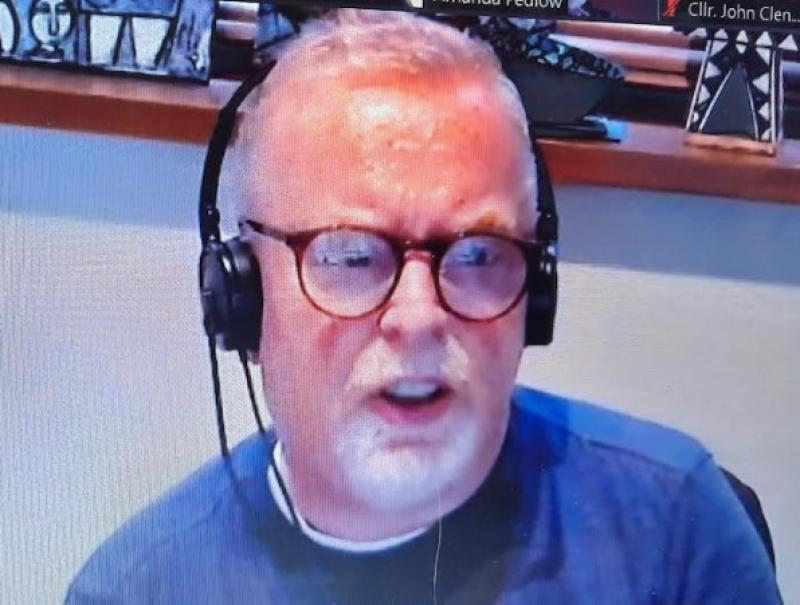 An exciting and bold national tourism plan has been announced for Birr.
Taking its cue from stunning success stories such as Puy du Fou (a historical theme park in the Loire valley, France) the plan would be a guiding blueprint for the next couple of decades, charting possible ways forward for the town.
The strategy was unfolded by consultant Alan Hill during a zoom meeting on Wednesday afternoon last.
Alan Hill is a leading planner and strategic thinker with over twenty years of experience in the Irish tourism and recreation sectors. His background combines managerial roles, marketing, communications, and award winning TV production.
Being Director of Northern Ireland’s most significant cross-community festival, Armagh Together, was one of his achievements. Another was managing the Shannon Erne Waterway Irelands flagship cross border tourism product.
Alan is known for taking both a creative and logical approach in his consultancy work. He says he appreciates tradition, but also considers himself to be very innovative.He is known for beinga compassionate, qualified and respected trainer/teacher with “irrepressible intellectual curiosity”.
Alan has been mentoring the Birr Interpretive Strategy over the last few months. This strategy is led by Fáilte Ireland under the Destination Towns Initiative, supported by Offaly County Council and extensive local community engagement. As Alan revealed his full report of the Birr Interpretive Strategy during the zoom meeting his creative and logical approach was evident, as was his compassion and sensitivity to the community's wishes and the town's myriad strengths. His presentation highlighted some of the exciting opportunities and initiatives to make Birr a national tourism centre.
Offaly Heritage Officer Amanda Pedlow said the zoom meeting about Alan's report was being recorded and therefore those who missed the meeting would be able to watch it.
She praised everyone who contributed their ideas to the report, particularly Caroline Conway, Greg Smith and Theresa Ryan Feehan who invested a lot of time and effort in it.
"An enormous amount of work has gone into the report," she said. "There was a great deal of talking and listening, of exchanging ideas.
"The project began in a relatively modest way, focusing on the stories and narratives of the town, but it ballooned considerably beyond that and now has become an exciting document which is dramatically refocusing our engagement with tourism in the town. The ideas in this report are ambitious, they are considerably upping the ante. The report is 64 pages long and will be circulated to everyone shortly.”
Alan Hill said it took nearly five months to draw up the Strategy and there were about two hundred Birr contributors. "This report is a starting point, setting out an exciting vision, but it could take ten to fifteen years to realise some of the ideas. This will be a marathon, not a sprint. If these ideas are realised then Birr will have a very strong tourism economy which will be sustaining a number of jobs, and the town will have a reputation as being an outstanding tourism town in Ireland. The experience of visitors will be enriched because there will be a focus on the town's fascinating stories and narratives.
"The aim of the strategy is to lift all boats, to bring about a big improvement to our tourism offering which will benefit everybody not just a minority. It's not tainted by cynical aspirations or cynical projects, but is driven by ideas which will benefit all."
He said Birr has about 1500 years of remarkable history.