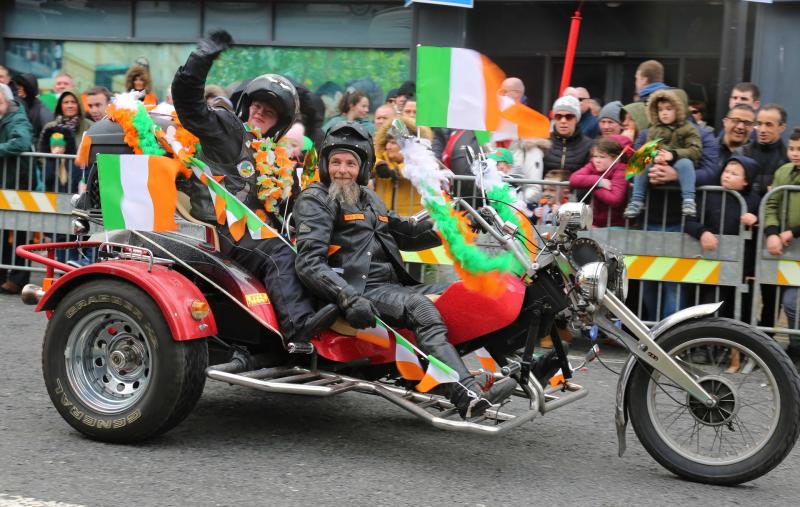 The latest Met Eireann weather forecast for St Patrick's Day is not looking as good as it did earlier in the week but it's still not looking too bad for the big day.

According to the latest Met Eireann weather forecast for St Patrick's Day, the morning will be mostly cloudy with showery rain moving eastwards across the country, but it will become drier and brighter through the afternoon with showers becoming isolated. It will be breezy at times with a moderate to fresh southwest to west wind, but this will ease by evening. Highest temperatures of 8 to 13 degrees, mildest in the south and east.

Thursday night will be dry and skies will become clearer overnight. Winds will be light and variable, becoming southeasterly later. Lowest temperatures of -2 to +3 degrees, with frost in parts of the northeast and east.

Before St Patrick's Day, Wednesday morning will be cold, bright and frosty and any rain in the southeast will clear. There will be spells of sunshine throughout the day, with well scattered showers, mainly affecting the west and northwest. Highest temperatures of 8 to 11 degrees in a light to moderate west to southwest or variable breeze.

Any showers will clear early on Wednesday night leaving dry and clear conditions for a time. However, cloud will move in from the Atlantic overnight and showery rain will develop across the western half of the country. Lowest temperatures of 0 to 4 degrees with a light to moderate southerly wind, freshening along west and northwest coasts later.

According to the latest Met Eireann weather forecast for Ireland, Friday will be dry with long sunny spells, and mild too with temperatures reaching 10 to 15 degrees. There will be a light to moderate south to southeast breeze.

Friday night will be dry and clear with a light to moderate southeasterly breeze. Lowest temperatures of 4 to 8 degrees.

According to Met Eireann, Saturday looks set to be dry and mild with sunny spells. Highest temperatures of 10 to 15 degrees in a light to moderate southeasterly breeze.