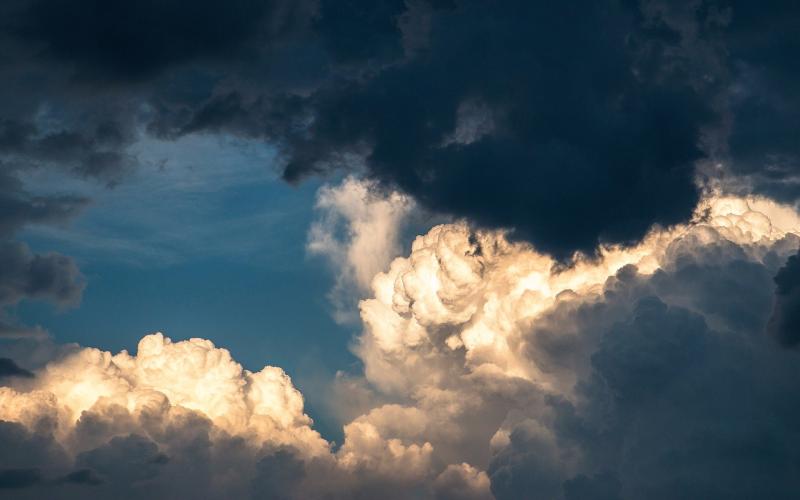 According to the latest Met Eireann weather forecast for Ireland, after a cold, bright but showery day on Friday, it will become milder and mostly cloudy again for the weekend and the early days of next week with some outbreaks of rain.

It will be fairly breezy too with brisk southwest to west winds with the weather possibly turning colder and drier for a time later next week.

According to the Met Eireann weather forecast for Ireland, Friday will be a cold, bright day with sunshine and showers, some heavy and of hail and sleet for a time; with the showers most widespread in northern parts. Some snow showers are possible for a time too, mainly for Ulster. Later in the day the showers will become more isolated, but with cold and frosty weather setting in quickly after dark. Feeling cold with highest temperatures of just 4 to 8 degrees. Brisk west to northwest winds will make for an added wind chill factor.

Cold with a scattering of showers early on Friday night, mainly in western and northern parts, some still wintry in the north, but the showers will soon die away. Lowest temperatures of 0 to 4 degrees early in the night with winds generally easing and with some frost and ice forming away from western and northwestern coastal area. It will become less cold from the west overnight as cloud increases from the west and with southwest winds freshening a little. Outbreaks of rain and drizzle will move into northern and western parts of Ulster later in the night.

According to the Met Eireann weather forecast for Ireland, Saturday will be a mostly cloudy, breezy day and it will be mainly dry to begin in most places. Rain and drizzle will push down from the northwest over much of the rest of Ulster and Connacht too through the morning, extending further southwards through the afternoon and evening, though parts of south Leinster and south Munster will hold dry. The rain will be heavy at times in Ulster and parts of Connacht. Becoming milder with highest temperatures of 7 to 11 degrees in mostly fresh and gusty southwest to west winds, stronger in northwestern and western coastal parts.

Cloudy on Saturday night; with outbreaks of rain in many parts, with some heavier bursts at times. Continuing breezy in moderate to fresh southwest winds. Lowest temperatures of 4 degrees in the north to 8 degrees in the south.

According to the Met Eireann weather forecast for Ireland, the weather will continue mostly cloudy on Sunday with outbreaks of rain and drizzle, most persistent and widespread early in the day, with good dry spells developing later. Highest temperatures of 7 to 11 degrees generally, a little cooler across Ulster. Moderate to fresh and occasionally gusty westerly winds, stronger in western coastal parts.

According to the Met Eireann weather forecast for Ireland, a few bright spells are possible on Monday, mainly in southern parts, but in general there'll be a fair deal of cloud around. It will be mainly dry for a time apart from a few spots of drizzle, but more persistent rain and drizzle will push into parts of the north and west later. Mild; with highest temperatures of 10 to 13 degrees in moderate to fresh and gusty southwest winds; stronger in western coastal parts.

According to the Met Eireann weather forecast for Ireland, it won't be as breezy on Tuesday but the mild, mostly cloudy weather will continue with some outbreaks of rain and drizzle, but probably becoming drier from the south through the day. Highest temperatures of 10 to 13 degrees in mostly light to moderate south to southwest winds.