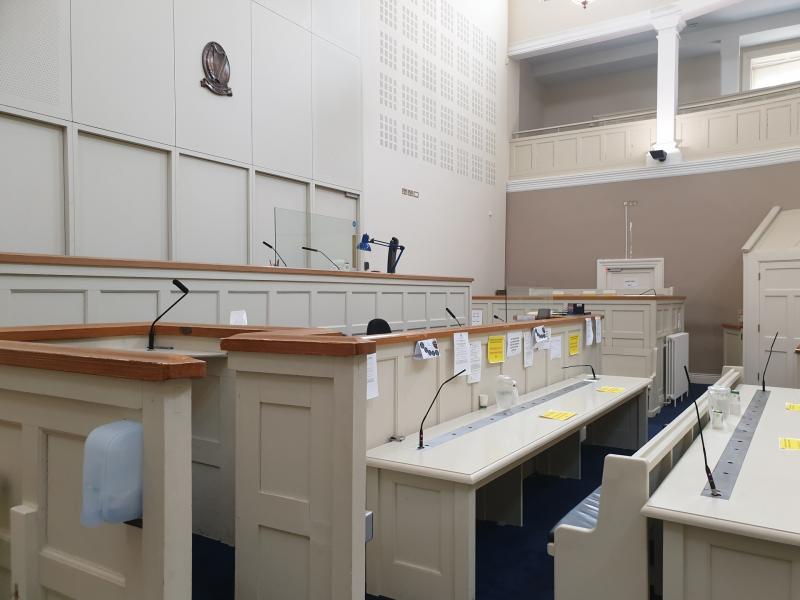 PEOPLE with outstanding fines in Offaly will have their penalties halved if they turn up in court, a judge has said.

A total of 26 people previously convicted for a variety of offences were summonsed to Tullamore District Court on Wednesday because they had not paid the fines imposed on them.

One person had been convicted of 15 offences, another 10, three more seven, along with many people who were to come before the court for enforcement in relation to one or two matters.

When the list of enforcements under the Fines Act was called at the court, Judge Andrew Cody found that just two people had responded to summonses.

When he began explaining to the court the circumstances of the case, Judge Cody told him he “was not revisiting these convictions”.

“I have a fine of €220 to collect,” said the judge. However, he said he had a “few options”: “For those of you who have had the decency to turn up, my view is that if you pay 50% of that within four weeks I will strike out the summons.”

Consequently he told the man that he could pay €110. “If you pay that, gone, because you had the decency to turn up.”

The man agreed to pay that amount by October 26.

The only other individual to appear under the Fines Act was a man who had been fined €2,500 in 2017 for an offence involving illegal oil markers.

The man told Judge Cody that he had sent in a statement of his mean, had €200 with him in court, and enquired about a payment plan.

The judge repeated that his position was he would accept a 50% payment of the original fine and then strike out the summons.

He said if that was not agreeable, the man would have to complete community service, and failing that, serve a sentence.

Judge Cody told the man he would give him until December 14 to pay €1,250 and would then strike it out.

“If that's not acceptable, then we will go into the alternatives.”

The man agreed to the pay that amount by December 14. He was told that if he paid the money into the court office beforehand he would not have to attend court on that date.

Under the Fines Act, people's ability to pay is taken into account and they can pay the financial penalty by instalments, under certain conditions.

If the fine is not paid, it is open to the court to have the individual assessed for community service of 40 hours, or up to 240 hours for more serious offences.

Imprisonment for between five and 30 days is the final option for the less serious “summary” cases.

A term in jail of up to 12 months is possible for non-payment of a fine for an indictable offence.