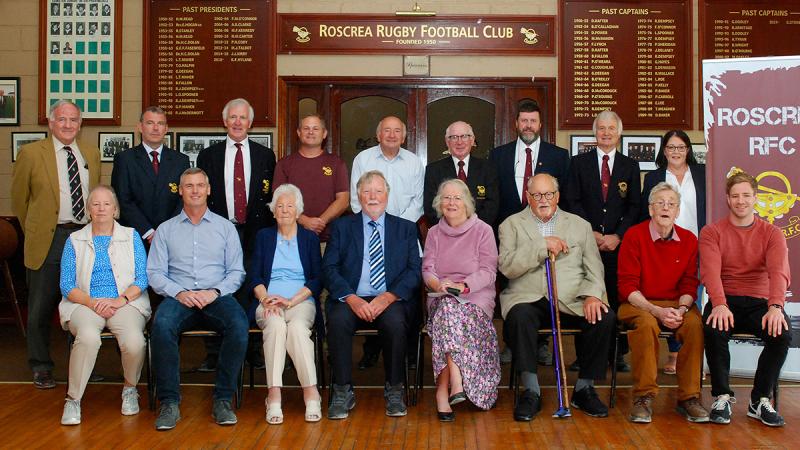 On Friday last in the Roscrea Rugby Club representatives of the family of Dr. Joseph Wallace and James Wallace, two famed former Irish rugby players, attended a ceremony celebrating their link to Roscrea. 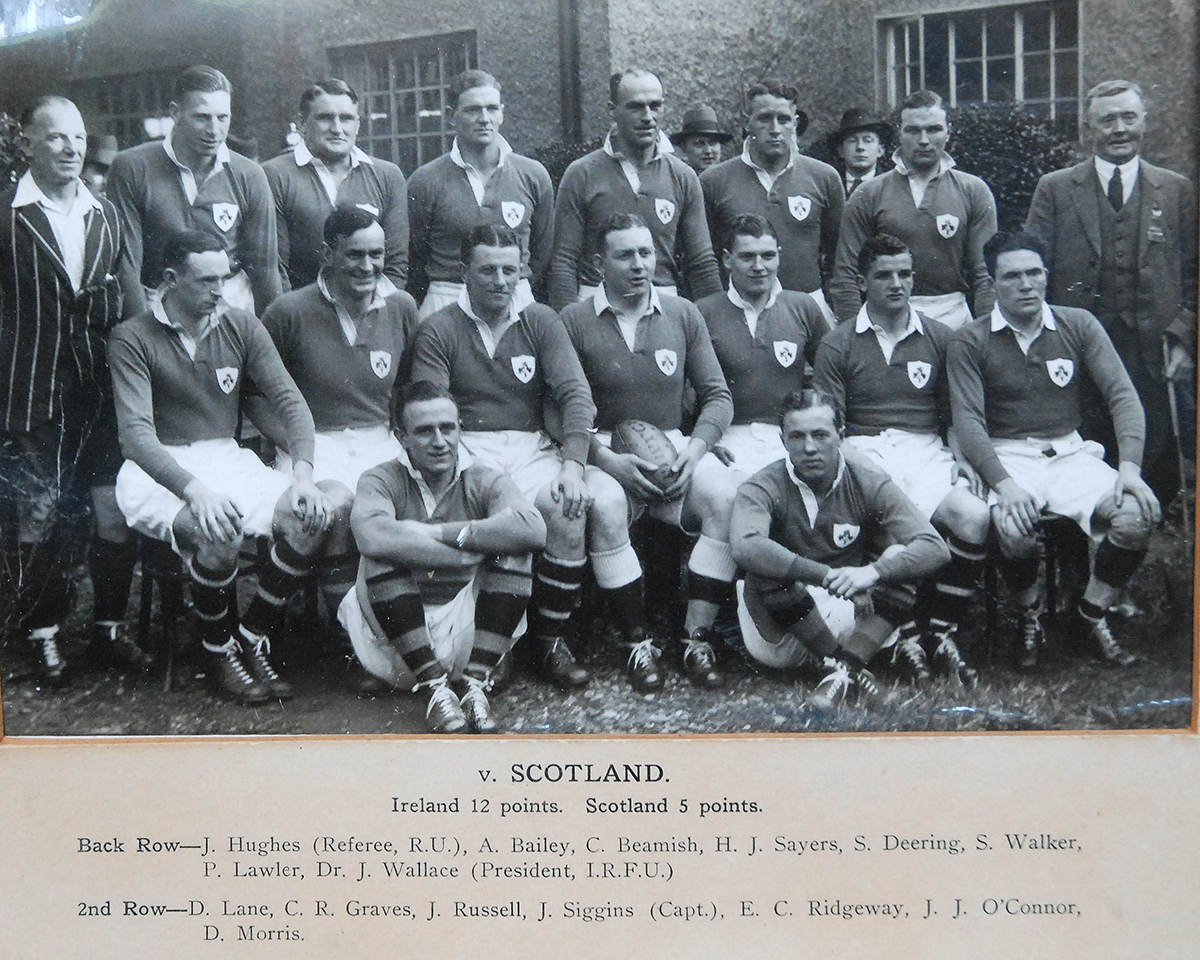 Pictured above are the Irish Rugby team which played Scotland in 1935. Dr Joseph Wallace, as IRFU President, is standing on the right-hand side

Joe gained international recognition against Wales and Scotland and in 1904 was joined by James in the game Ireland lost to England 19-0 and against Scotland in Landsdowne Road, which Ireland also lost 19-3. That was his last appearance for Ireland, but Joe later played very well against Wales in Ravenhill, scoring a try in the first half of the game. 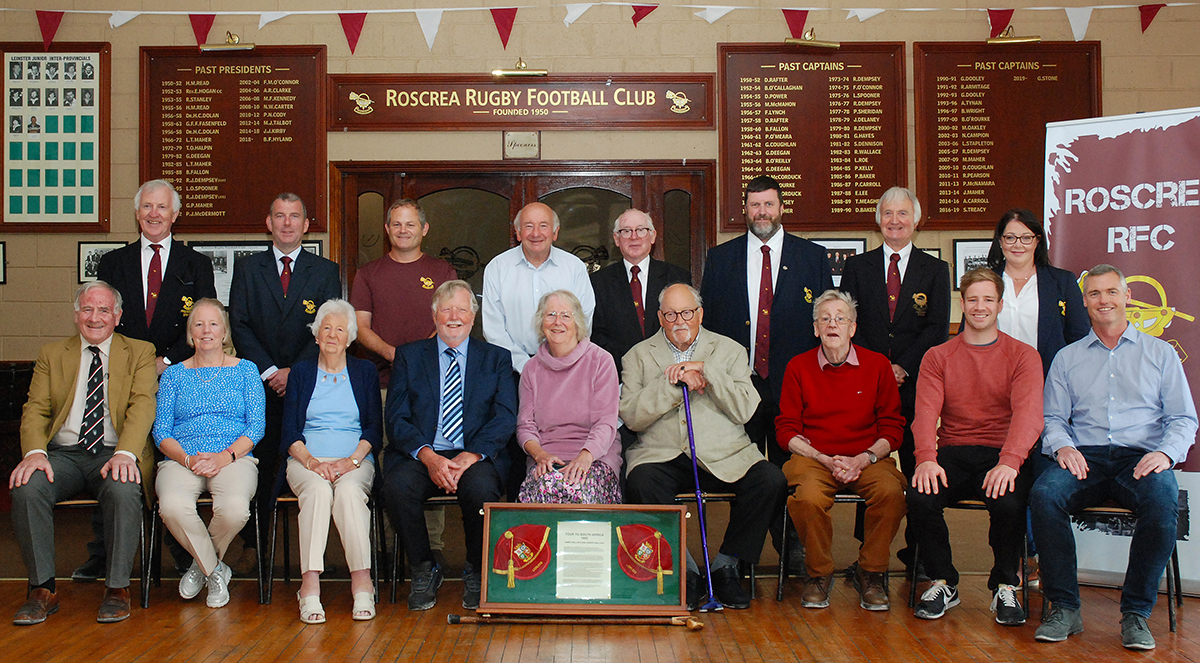 Wales drew the sides level after the interval and after Ireland lost their left winger Joe was moved into that position. Ireland were down to 14 men and Wales took the lead after scoring tries - but Ireland won the game with a try from Alf Tedford and conversion from Mossy Landers.

Joe Wallace's last game in an Irish jersey was against Wales in 1906 where he scored a try. Joe took over at half-back after WB Purdon was injured and Ireland went on to win 11-6 against the Wales side which were the only team to defeat New Zealand on their 1906 tour. 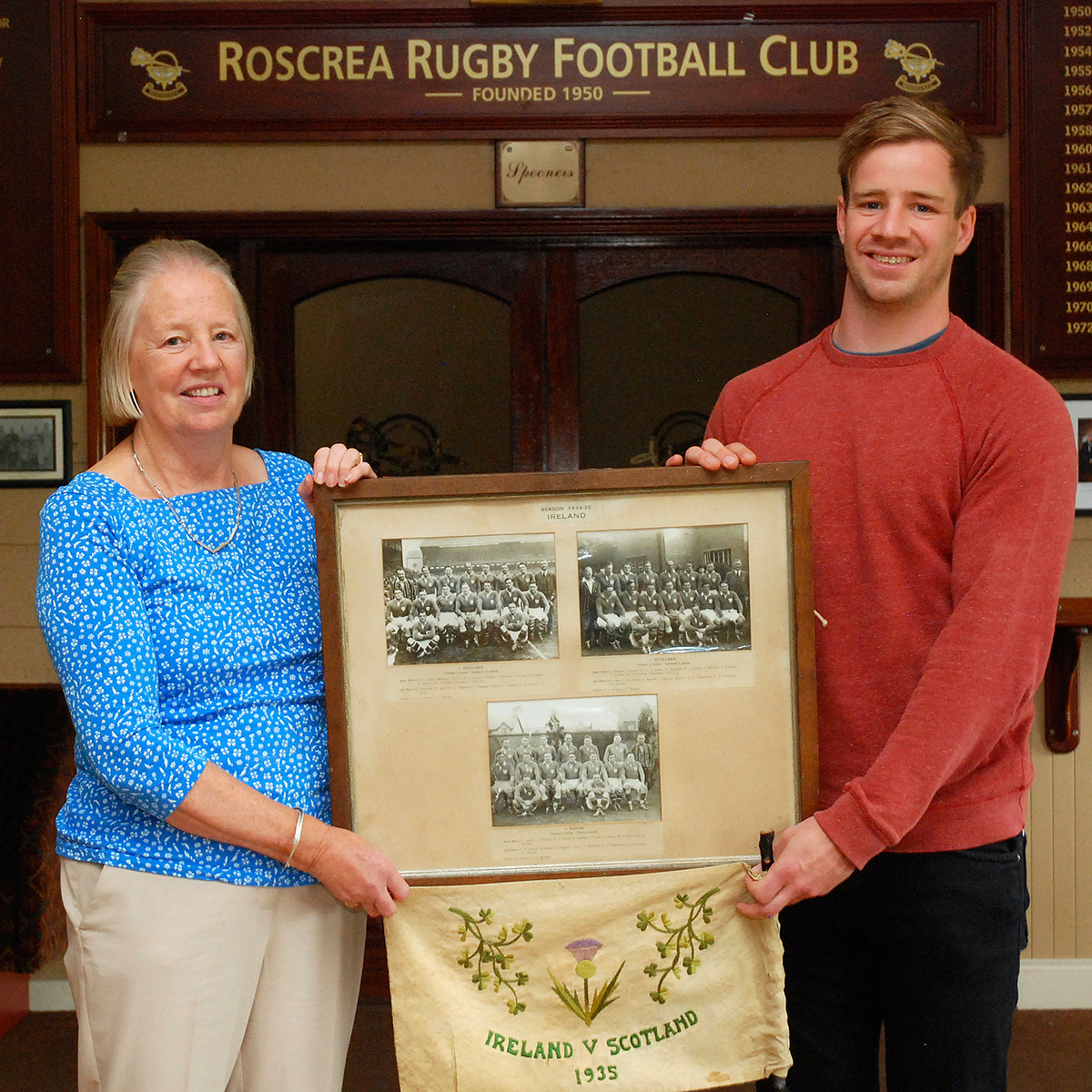 Pictured left is Kathy Dunne (nee Wallace) with her son, Arthur Dunne, proudly displaying treasured photos of
the Irish Rugby team which played Scotland in 1935 which has strong Roscrea connections through the Wallace brothers. Kathy’s grandfather, Dr Joseph Wallace, was President of the IRFU that year and underneath is the flag which Dr. Joseph Wallace used when he “ran the line” for the Irish team, as President of the Union - Photo: PJ Wright in Roscrea Rugby Club

After his rugby career Joe Wallace returned to Roscrea and pursued his career as a Doctor and assisted with rugby coaching at the Cistercian College at Mount St. Joseph's near Roscrea. Joe Wallace also had the distinction of of being President of the IRFU and was also Vice President of Roscrea RFC.

Dr. Joe Wallace died aged 88 in January 1967 and last Friday members of the families of Joesph and James visited Roscrea to formally present the two Lions Caps awarded to honour these two famous Irish rugby players who represented Ireland and toured South Africa with the Lions Rugby Team in 1903. 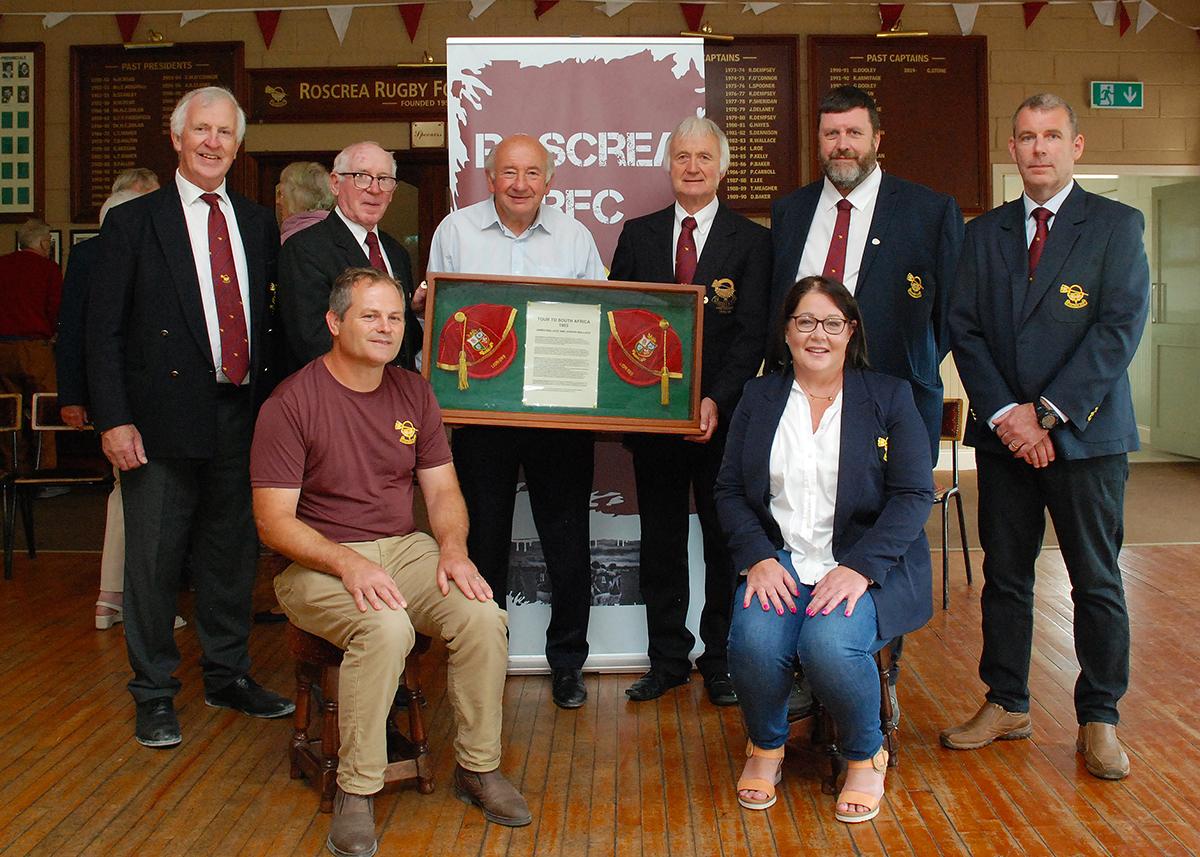