Life and exploits of record breaking cyclist celebrated in Offaly 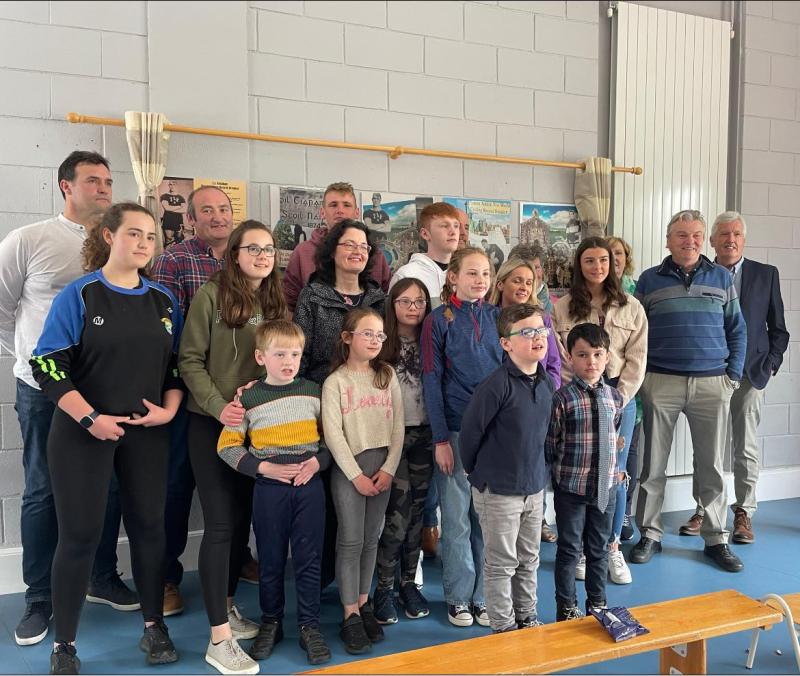 Descendants of J.J. Kinahan at Seir Kieran NS for the unveiling of the posters.

A large crowd gathered in the Assembly Room of the Seir Kieran National School recently for a celebration of the life and exploits of the great Clareen cyclist John Joe Kinahan (1874 to 1956).

The main event was the unveiling of a “creative cabinet” of information, trophies and discovery associated with this sporting giant of former days, and prepared by the present generation of Clareen schoolchildren.

This project took place under the auspices of Cruinniú na nÓg (a national initiative to enable the creative potential of children and young people) and was jointly funded by Offaly County Council and Creative Ireland. It was put together by local artist Yvonne Claffey, working closely with the teachers and pupils, with the support of John Joe Kinahan’s descendants, the Library Services of Offaly County Council, and the Seir Kieran Community Group.

Once everybody was seated, the proceedings began with a welcome by Jonathan Dunne (Principal) and with talks by Councillor Peter Ormond and Yvonne Claffey. It was explained that the overall idea was for the children to do a collage of who John Joe Kinahan was and what he had done.

An all-round athlete, he became adept at hurling, weight-lifting and boxing before concentrating on cycling from around 1908. After a series of provincial wins at sports meetings all over Ireland, he went on to take the mile, three mile, four mile, five mile and ten mile Irish championships, in each of which he set up records in 1908 and 1909.

It was in 1910 that John Joe went to America, and in Newark that August he broke a series of American records in such contests as the mile Jersey and All-American championship. That same December, in the marathon Six Days Race at Madison Square Gardens, New York, he covered 2,340 miles in a new world record time of 74 hours. For this exploit alone, he received $2,000 prize money and a diamond-centred medal.

In January 1911, John Joe added another world title at Newark, when he rode 3,788 miles 920 yards in 144 hours over a period of six days and nights. At Salt Lake City the following month he was second in another 6-day ride, and in his final race in the USA he fell and broke his collarbone.

He returned home to Ireland in May 1912, and continued as a bright star in a wide field of athletics. When John Joe died in 1956, an obituary in the Midland Tribune remarked that he “had had a colourful and varied life yet he was ever loath to speak of his triumphs.”

To depict these achievements on a set of posters and visual displays, the schoolchildren worked diligently over several weeks. Fionn and Quinn (both of them great-great grandsons) unveiled the posters to the crowd. Daisy, Rowan and Amber talked about the detail their classmates had used for the posters. John Joe had worked as a postman, so the Junior and Senior Infants included a post box, as well as landmarks that would have been in Clareen around the time he was born.

The older classes used images of his years in America, including a suspension bridge (drawn by Darragh) similar to what would have been in New York in 1910. A recurring image in all five posters was a cog from John Joe’s bicycle.

Yvonne Claffey then reminded everyone of an App they could upload to provide animation when looking at the posters, and said that the display will be part of the Arts Trail for Birr Vintage Week this year.

Yvonne was warmly thanked for all she had done to bring the project to fruition, as were Martina Needham and Amanda Pedlow of Offaly County Council, the teachers, parents and Fr Michael Reddan PP, Councillor Peter Ormond and Deputy Carol Nolan TD (also a descendant), and Nuala Murray and the Seir Kieran Community Group. Caroline Conway was thanked for arranging the animation and Kevin Carey for setting up the curtains.

On behalf of the Kinahan and Kennedy families, Seamus Kennedy expressed his appreciation to all involved. He noted that two of John Joe’s great-great grandchildren had done the unveiling, “and isn’t that just wonderful?”

Tea and a delicious spread of refreshments was laid on by the Parents Association, for which everybody was invited to stay. 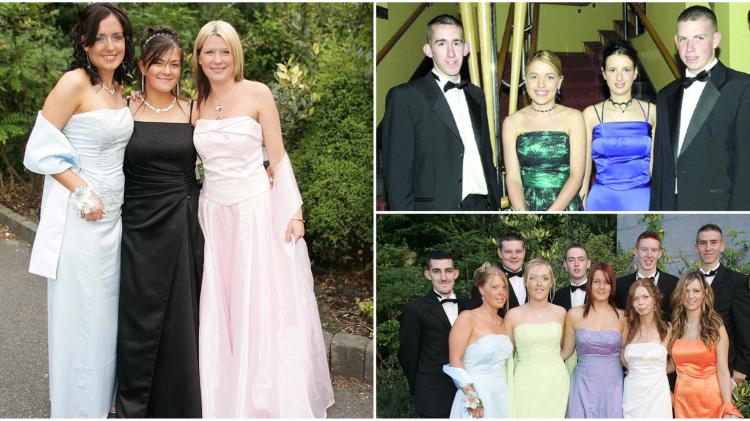