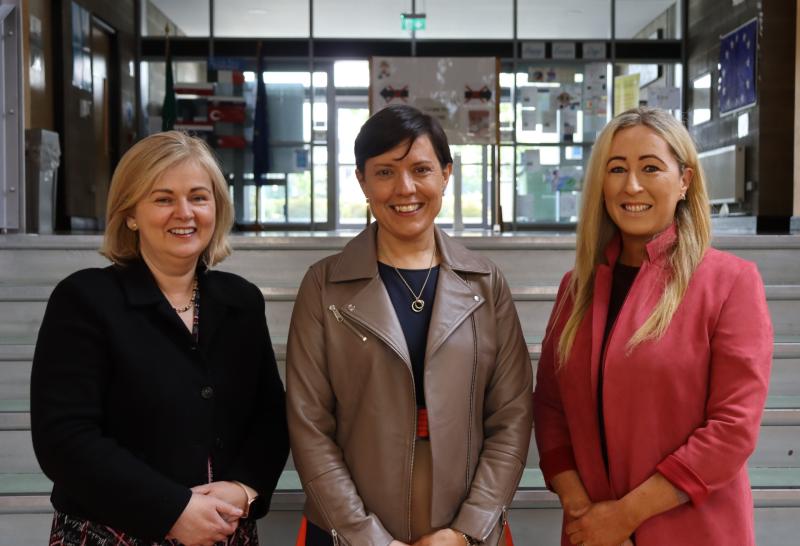 Lily has been acting principal in Banagher College, since January of this year, following the retirement in December of the previous principal Paddy Scales.

Lily is an Offaly native from Clara and has been deputy principal in Banagher College since 2019, having also held a number of middle leadership positions there since 2004.

Prior to that Lily was a teacher of Music, Irish and Career Guidance for many years as well as having significant personal and professional experience in Music and the Arts. She brings a wealth of leadership experience and knowledge to her new role in Banagher College. She has contributed significantly, with the previous principal and staff, to the growth and development of the school in its current state of the art building which opened in September 2010.

In congratulating Lily on her appointment, LOETB’s Director of Schools, Linda Tynan said: "I look forward to continuing to work with Lily in her new role. She has always prioritised exceptional learning experiences, with high levels of care and support for all of her students. I know she will ensure that the school will continue to thrive and flourish under her leadership, ensuring that all students have the opportunities and guidance to fulfil their potential."

He said: "Lily has been dedicated to ensuring educational excellence for all since her first appointment as a Music and Irish teacher in St Rynagh’s Community College more than twenty-five years ago. Her commitment and vision for the ongoing success of the school has been very evident in her previous role as Deputy Principal. I wish her well as she continues to lead the staff and students in this innovative and excellent school of choice for Banagher and the surrounding areas."

Banagher College, Coláiste na Sionna, was formed in August 2007 following the amalgamation of La Sainte Union Secondary School, Banagher and St. Rynagh’s Community College. LOETB is the school Patron with La Sainte Union as a trustee to the school. Banagher College- Coláiste na Sionna is one of nine post primary schools under the patronage of LOETB, the largest education and training provider in Laois and Offaly.