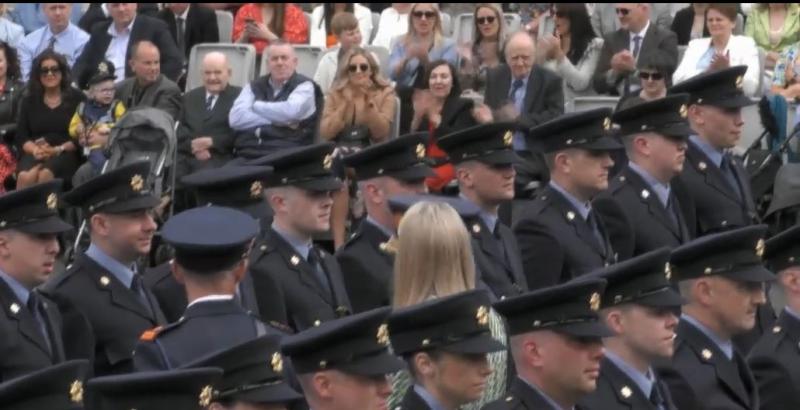 TULLAMORE is to get three new Gardai. They were announced at the Garda passing out ceremony held in Templemore Garda College.

The three include Garda Michelle McDermott from Galway, Garda Dillon McGlynn from Galway and Garda Joseph Foylan from Mayo.

The new recruits commenced online training in September 2021 for three weeks followed by one week of intensive training in the Garda College October 2021.

Speaking at the ceremony Minister for Justice Helen McEntee said: ''Today’s attestations bring the total number of members of An Garda Síochána to approximately 14,396, a substantial increase from 12,943 Garda members in 2016. Of those attesting today, 38 members (37%) are women while 16 members (15%) were born outside the State.

The Minister added: "I want to commend Commissioner Drew Harris and the wider Garda organisation for the significant efforts that are being made to encourage diversity among members.

"It is vital that everyone in our society sees members of their own communities serving in An Garda Síochána - I wish a particular welcome to the 38 women attesting today as well as the 16 new Gardaí born outside the State, including from Poland, Brazil, Ukraine and Lithuania amongst other countries.

"I was likewise very pleased to see the wide interest in joining An Garda Síochána evident from the latest recruitment campaign, with approximately 40% of applicants women and the notable increases in numbers applying from minority backgrounds including Travellers, Black Irish and Asian Irish."