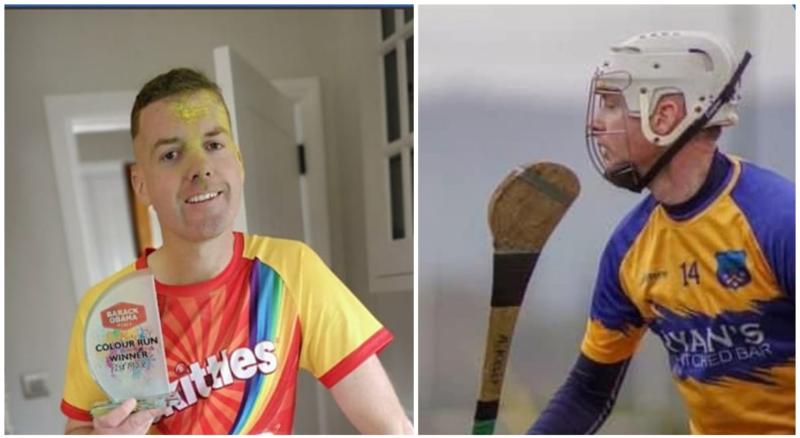 Laois-Offaly gardaí have led tributes after the untimely death of their colleague, Garda Adrian Kelly.

Garda Kelly was stationed at Borris in Ossary Garda Station in Laois.

His colleagues in the Laois-Offaly Garda Division said: "It was with great sadness we learned of the death yesterday of Garda Adrian Kelly of Borris in Ossary Garda station. Adrian was a highly regarded friend and colleague and served the people of Rathdowney and Borris in Ossary with distinction."

They described him as "a very competitive sports man, a proud Ballinahinch and Tipperary man and devoted husband and father.

"He lived and worked within the community he served, and hurled with his local Kyle GAA Club.

"Our sympathies go out to his wife Maria, his daughters Sarah and Emma and all the Kelly family.

A book of condolences will be open from 3pm on Wednesday in Borris in Ossary Garda Station.

Kyle GAA club also paid tribute saying: "All in Kyle GAA are devastated at the passing of our beloved club member, our juvenile trainer, our teammate and most importantly our friend Adrian Kelly.

"Adrian came to us from Killoscully in Tipperary and enhanced the club with his natural hurling ability and his positive mindset & attitude. Devoted husband of Maria and wonderful father to Sarah & Emma, he brought an energy to the club which transcended to each member and was inspirational to all, especially the younger generation who looked up to him.

"Adrian became ill over the last few years but never gave up and battled all the way, just like his endeavours on the hurling pitch. He was captain of our league winning side in 2009 and also was part of our championship-winning side in the same year; despite coming off injured in the final.

"He was also a progressive member of the club and served on the top table for a few years. He did return to Ballinahinch for a couple of years to hurl with his brothers Desmond, Thomas, Alan and Mark before returning to us again, always under the proud watchful eyes of parents Geraldine and Tommy.

"His last match was only last year in our championship semi-final in Portlaoise. He was a hard-working Garda who was well-liked by all his colleagues. He also gave up his free time to help coach in our local Gaelscoil and would have been a very proud Daddy as Sarah only recently was part of a victorious Cumann na mBunscoil side.

"We in Kyle GAA would like to extend our deepest sympathies to Maria, Sarah & Emma and his extended family. Rest in peace, mo chara."