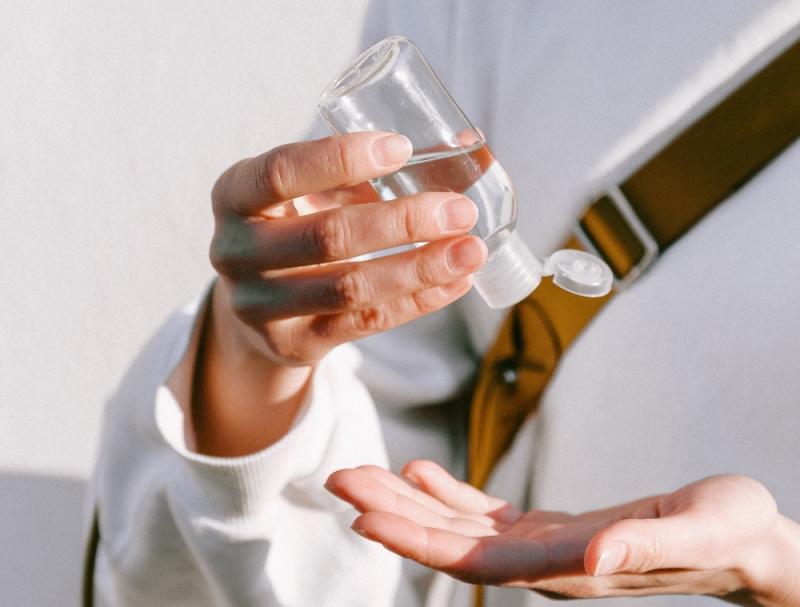 An Offaly distillery has claimed before the High Court that it has been unfairly treated after Revenue allegedly refused to grant tax relief on alcohol it bought to make hand-sanitiser for hospitals following the outbreak of the Covid-19 pandemic.

The action has been taken by the Tullamore-based Arderin Distillery Ltd, which manufactures spirits including the 'Mor' range of gin.

Revenue denies the claims and says the company's application should be dismissed on grounds including that it has never made any decision either to refuse or grant the company tax relief on the alcohol in question.

The judicial review action was heard by Ms Justice Siobhan Phelan, who following the conclusion of submissions from both parties on Wednesday reserved her decision.

The judge did not say when she would give judgment but hoped to do so as soon as possible.

"She always had dogs and will continue having a number of dogs but will not be breaching any regulations again."

In its action, the company claims that after the outbreak of the Covid-19 pandemic in March 2020 it commenced making an ethanol-based sanitiser for the HSE for use at hospitals including Crumlin Hospital in Dublin and Tullamore Hospital.

It claims that normally alcohol is subject to excise duty in the form of Alcohol Products Tax (APT). However, in certain circumstances alcohol products, including those used for medicinal purposes or in hospitals, the APT does not have to be paid.

The distillery claims that it ordered 50,000 litres of alcohol to make the sanitiser after it was given assurances from an official with Revenue in late March that it would not have to pay APT.

Arderin claims it complied with all the requirements and filled out all the forms it needed to get the relief it sought.

It claims Revenue granted the distillery relief on APT for up to for 80,000 litres of alcohol.

In June 2020 Arderin claims it was informed by the same Revenue official it says approved its request for excise duty relief, that revenue had decided to deny the distillery the relief it sought.

It claims that the 50,000 litres of alcohol it used to make the hand sanitiser during the Covid-19 emergency, exposes Arderin to an excise duty or APT of approximately €2.1m.

It says that had it not been given assurances from Revenue regarding the relief from APT it would not have ordered the alcohol it purchased to make the hand-sanitiser.

Revenue, it is claimed was always aware of the company's intentions and was notified of the purchase of the 50,000 litres of alcohol to make the hand-sanitiser and not used to make any gin.

It claims that Revenue decided to grant it relief on APT and is not entitled to refuse the relief once all requirements for such relief have been met.

Other distilleries have also provided alcohol based medical products to hospital during the pandemic, and are not being pursued for excise duties, the company claims.

Revenue's treatment of Arderin was inconsistent with the treatment afforded to other entities in similar circumstances.

In its action Arderin against Revenue the firm seeks various orders and declarations including an order quashing revenue's alleged refusal to grant the distillery relief from duty.

It also seeks and order preventing Revenue from raising an assessment for APT on Arderin in respect of the alcohol it purchased to make the sanitiser.

The distillery further seeks various declarations from the court including that Revenue's decision to refuse the relief was unreasonable, and that it is entitled to the relief sought.

The claims are denied.

Opposing the application Denise Brett SC, appearing with Kieran Kelly Bl for Revenue said that it never granted the company the relief from APT, as alleged.

Revenue claims that it never approved a request by the company for relief on the alcohol acquired by the company in March 2020, or that Revenue expressed its satisfaction or approval that the company intended to use to alcohol for a purpose exempted from APT.

While the company may have obtained approval from the Department of Agriculture Food and the Marine to market hand sanitiser Revenue denies that approval represented compliance with any conditions required by Revenue.

Revenue denies that company met the required criteria for relief from APT under the 2003 Finance Act, and that any question that the criteria were met was not a matter for judicial review.

Revenue, the court heard, denies that it has made any decision to deny the company the relief sought, and says that its case for an exemption from the duties in question is still being considered.

In its statement of opposition Revenue also denies that the company had any legitimate expectation that it was entitled to the tax relief claimed, or that it has acted irrationally or unreasonably as alleged.

In the circumstances none of the orders sought by the company should be granted, Revenue also submitted.