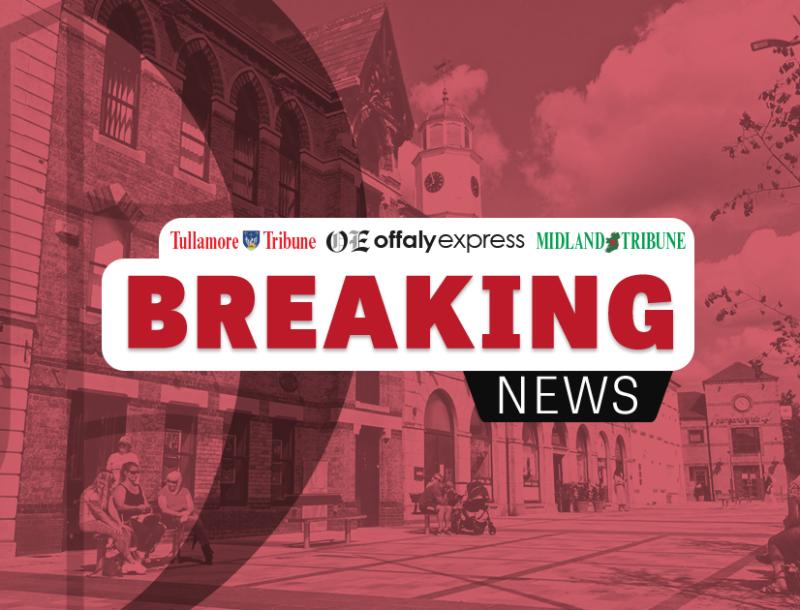 Convicted killer Stephen Penrose has been found guilty of murdering his friend Philip Finnegan, who was missing for three weeks before his decapitated remains were found in a shallow grave in Rahin woods just outside Edenderry.

The 12 jurors took five hours and 46 minutes over two days to unanimously reject Penrose's defence that he had last seen Mr Finnegan being stabbed in the back during an attack by a group of men at "a forest" or "close to a wood", having arranged to collect firearms from them.

Instead, the jury accepted the prosecution's case that Mr Finnegan had met "a gruesome death" at the hands of Penrose and attempts had been made to cut up and burn the victim's body. In his opening speech, counsel for the DPP, Brendan Grehan SC, said Penrose told "lie after lie" to gardai about where he had last seen Mr Finnegan to "keep them from discovering the location of the body and put them off the scent of Rahin Woods".

This was Penrose's second time to stand trial for murder. In 2010, a Central Criminal Court jury found the killer not guilty of murder but guilty of manslaughter after he admitted stabbing David Sharkey (28) to death in Navan following a row over drugs and then putting the body in the boot of a car. He was sentenced to nine years in prison for that offence.

The five-week trial at the Central Criminal Court heard that Mr Finnegan was missing for just over three weeks before a dog walker and his two pets found his "skeletonised" remains buried in Rahin Woods on September 2, 2016.

Assistant State Pathologist Dr Margaret Bolster testified that the decapitated remains of Mr Finnegan were found curled up in a foetal position in the grave and attempts had been made to burn his body. In the expert witness's view, Mr Finnegan's death was caused by multiple stab wounds to the body, including two fatal ones to his liver and aorta.

The pathologist had testified that the majority of the 13 stab wounds were to Mr Finnegan's back.

The identity of the father-of-four was confirmed by fingerprint after skin that had "slipped away" from a finger was recovered from the soil of the gravesite.

A forensic scientist gave evidence that a DNA profile generated from a bloodied glove discovered near Mr Finnegan's remains matched the DNA of Penrose.

The accused dispensed with two legal teams during the trial and on occasion would "re-engage" them only to "once again dismiss" their services.

In the absence of the jury, Mr Justice Alexander Owens said he regarded these "hirings and firings" as serious abuses of the legal system and any litigant allowed "willy nilly" to fire counsel in that fashion "was simply not on".

On day two of the trial, Penrose cross-examined Mr Finnegan's mother, Angela Finnegan, where she told him she believed another man was involved in the killing of her son. However, Mrs Finnegan also agreed with prosecution counsel, Mr Grehan, that the person she referred to was in Portlaoise Prison at the time her son went missing.

Whilst representing himself at trial, Penrose had an "outburst" in the courtroom and accused a garda Inspector, who he was cross-examining, of lying under oath. "He is telling bullshit about me," Mr Penrose shouted, before demanding that the witness be "dismissed" from his trial as his "word" could not be accepted.

Penrose refused to continue attending his trial after this and said he would represent himself "from the cells". The defendant called his trial a "miscarriage of justice" and said he had no confidence in his former legal teams carrying out his instructions. The case proceeded for the next four weeks in his absence.

Mr Justice Owens then thanked the jury for their attendance and the full attention they had given "this very serious trial".

Penrose, who had previously refused to call evidence in his defence or to give a closing speech, had asked not to be present in the courtroom for the verdict.

Addressing the jury for a final time, Mr Justice Owens asked that they leave all their materials in their jury room.

The judge exempted the eight men and four women from jury service for 15 years.

When Mr Justice Owens asked prosecution counsel Mr Grehan what date would Penrose's sentence run from, the barrister said that was a matter for the court but outlined that the accused had been in custody since he was charged and was still serving a number of other sentences.

Mr Justice Owens said in that case Penrose's sentence will date from today.

However, Mr Grehan asked that the court might hear a submission on that matter on the next date just in case Penrose had any legal representation at his sentence hearing.

The judge said he would postpone the formal imposition of the sentence "but that is likely to be the result".

The judge will hand down the mandatory sentence of life imprisonment to Penrose on December 13 and remanded the accused in custody until that date.

On that date, the Finnegan family will have an opportunity to make a statement to the court about the impact Philip's death has had on their lives.

Mr Finnegan was last seen alive with Penrose at Sweeney's filling station in Edenderry, Co Offaly on the afternoon of August 10. Rahin Woods, where the deceased's remains were discovered by a man out walking his two dogs 23 days later, is a few kilometres north of the filling station.

It was the prosecution's case that Penrose murdered Mr Finnegan shortly after he was seen leaving the garage in the accused's blue Alfa Romeo car, which had a distinctive dark-coloured bonnet and alloy wheels. CCTV footage showed two people travelling in the car past Grangewest in Co Kildare and in the direction of Rahin Woods at 4.10pm that day.

The same blue car was next seen on CCTV footage at 5.13pm at Balrinnet in Co. Kildare, which is a short distance to the east of Rahin Woods. The prosecution case was that Mr Finnegan went into Rahin Woods with Penrose after 4.10pm, where he met his "gruesome death" in that one hour interval.

Evidence was also given that Penrose's phone connected to a cell site, which covered the area of Rahin in Edenderry, and is close to the area where the victim’s body was found. The last activity of the deceased's phone identified two cell sites in Edenderry on the same afternoon.

Penrose was first arrested on August 31, 2016 for withholding information in relation to a serious assault on Mr Finnegan and interviewed on ten occasions at Kilmainham Garda Station.

The accused had told gardai in these interviews that he and Mr Finnegan met a number of men in a black car that day. Penrose maintained that a man had stabbed him in the left arm through the driver's window before Mr Finnegan was "bundled" into the black car. The accused said he then drove off at speed.

Penrose went on to tell gardai that he heard his missing friend was "sitting in Jamaica eating a Big Mac" and that he had been "chopped up" in the Dublin mountains. The defendant insisted that he would not be going on trial for "any Finnegans. "Put me in custody. I'll be swinging on a rope. I don't know anything," he said.

After the remains of Mr Finnegan were discovered, Penrose was rearrested on November 16, 2016 on suspicion of murdering his friend on August 10 and interviewed on nine occasions at Leixlip Garda Station. In his first interview, he produced a handwritten statement to gardai saying: "I had nothing to do with Philip's killing. All this had nothing whatsoever to do with me and that's why I tried to distance myself from it".

Throughout his 19 interviews, the accused gave at least five different locations to detectives of where he had last seen Mr Finnegan. Penrose initially said that both he and Mr Finnegan got attacked by the group of men on the outskirts of Kilcock in Co Kildare.

However, it was not until his 18th interview that Penrose told detectives that he saw Mr Finnegan being stabbed in the back at "a forest" or "close to a wood", having arranged to collect firearms from the group of men.

In his charge to the jury, Mr Justice Owens said the State's case was that the "only logical explanation" for the accused's lies was that he did not want to disclose the location of where he left Mr Finnegan in Rahin Woods as this would lead gardai to discovering the body.