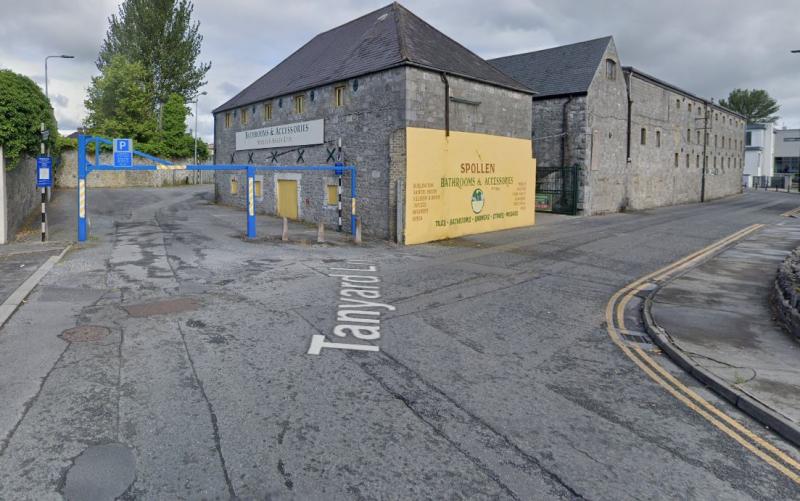 A new link road in Tullamore will greatly ease traffic congestion in the town Offaly county councillors were told on Monday.

The new link road will be between High Street and the Tanyard in Tullamore. The proposal includes a new 70 metre section of link road, improved junctions, footpaths and raised pedestrian crossings serving Roselawn and Tanyard.

The new link will facilitate the creation of a one-way traffic system through O’Connor Square with traffic entering O’Connor Square from the Tanyard and exiting onto High Street/Bridge Street.

“It will significantly improve traffic movement in the town centre,” said Tom Shanahan, Director of Services adding that it will free up the congestion in O'Connor Square, particularly around the library corner.

Mr Shanahan said the public consultation period and Part 8 process were both now finished, and it remained for the councillors to propose that the work go ahead.

The Council received four submissions during the public consultation period, which were concerned about pedestrian safety and the ability of the link road to adequately cater for heavy goods vehicles. One of the submissions also asked for sufficient tree planting to soften the road.

Mr Shanahan said the road is being designed in accordance with the manual of guidelines for local authorities carrying out this type of work. He said Council is very aware of adequate tree planting and there will be collaboration with local residents as the works proceed.

“This new road is also being welcomed by local businesses,” he commented.

“The road will improve connectivity in the town centre, and it will allow us to better use O'Connor Square. I am very happy to formally propose this project.”

“This project is meeting nearly everyone's demands,” he commented. “It will be a fine scheme when it is completed. This combined with other schemes will mean that in a small number of years the centre of Tullamore will be transformed.”

Cllr Seán O'Brien thanked the Council's engineers, Tom Shanahan, John Connolly and Joe Dooley for consulting with and taking on board the concerns of the Roselawn residents.

“It means the wall will be constructed down to the estate's entrance, where there will be a new entranceway to the estate. Many of the residents are elderly and a pedestrian crossing is necessary. I am glad to hear one will be provided. I am also glad to hear that new lighting and upgraded paths will be provided in Roselawn; as well as extra parking spaces at the Tanyard.

“This new link road will help streamline traffic,” remarked Cllr Danny Owens, “in an area where it is badly needed. It will make Tullamore an even more beautiful place than it is at the moment.”

At the beginning of June it was reported that the residents of  Roselawn were outraged over the proposal to construct the link road through their estate.

''This is the same Tullamore Municipal District,” commented the residents, “that decided to improve the junctions and footpaths in the town and by doing so created a holy mess. Junctions that now create congestion and footpaths that are so wide at the junctions vehicles constantly end up mounting the kerbs...We believe that most of the congestion is clearly caused by the bad design, bad planning, and the non-enforcement of parking laws by Tullamore Municipal District.''

However, since early June the three engineers in the Council have met with the residents and alleviated their fears.