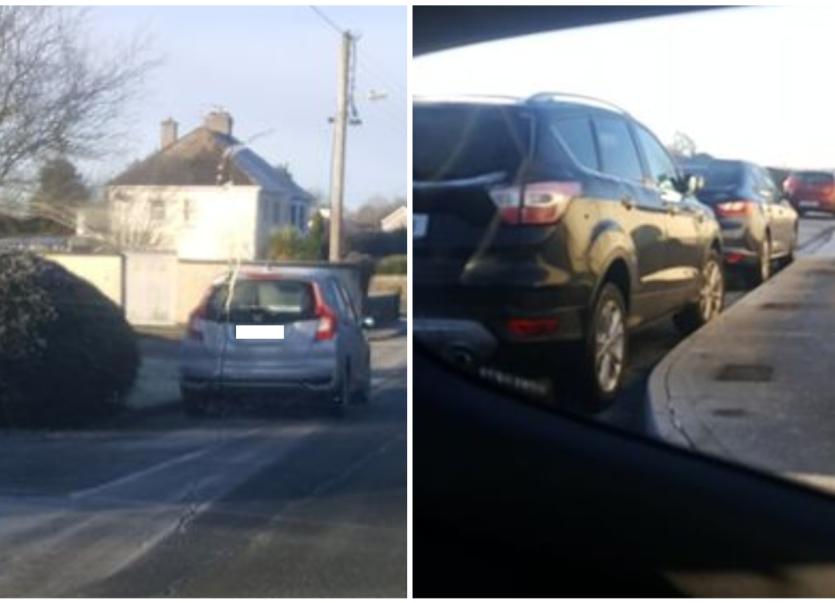 One resident told the Offaly Express that they contacted the council who said they were aware of the issues. The resident claims nothing has been done to rectify the situation.

"The issues have become worse with people blocking up the entrance to our street now and the entrance road has become a carpark for these people who also are dumping their rubbish now in our street."

This issue was raised back in January when a motorist raised the parking issues, saying the issue at Sragh Road has become a "a major safety hazard” particularly when vehicles parked on both sides of the road, reducing visibility.

“My intention is to raise the safety concerns and pose the questions in a visible public forum because I am not seeing it taken seriously by public representatives,” the motorist, whose identity is known to the Tullamore Tribune, pointed out in a statement issued in January.

The motorist stressed there was a need for a plan of action to resolve the issue and highlighted three major concerns; the lack of parking facilities, cars parked recklessly causing obstruction and cars performing unsafe u-turns on the road.

Those parking in the area are using the Grand Canal Greenway walking and cycling route which has become even more popular during lockdown as people seek exercise locally.

Residents and motorists are calling for the council to provide parking facilities before there is an accident in the area.

The matter was raised at January's meeting of Tullamore Municipal District by Cllr Tony McCormack who also highlighted parking issues at the Puttaghaun and Daingean Road side of the canal.

At the time, Cllr McCormack said: "

Cllr McCormack commented: "We have a fantastic amenity along the canal - the greenway, and it's a victim of its own success. I’m using it quite a bit myself for running and walking and I find in the evening and weekend there are hundreds of people on each stretch of the canal.

In response, the Director of Services, Tom Shanahan said: "It is fantastic that the Greenway is getting so much use. That's what it's intended for. Eventually, that route will extend from Shannon Harbour in the west right up to Dublin.

"At this stage, we have part 8 planning for the entire route from Edenderry to Shannon Harbour. Tullamore, the attractions and facilities along the grand canal which will include parking, is obviously very central in that."

Residents fear waiting for the issue to be resolved will result in a tragedy due to the increased traffic and lack of visibility at junctions in the area.