Future of farming in Offaly is endangered because of flooding 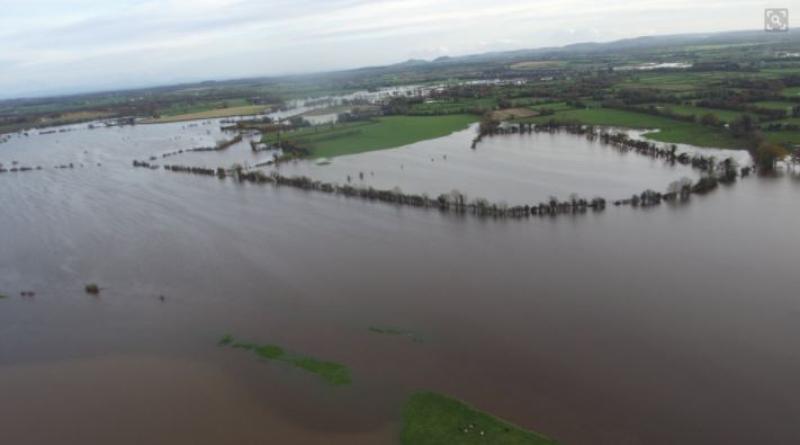 Flooded farmland in Offaly. Following the third major flooding period in a decade locals are saying farming might become extinct.

Last Friday's public meeting in Banagher about the current flooding crisis heard a veteran flooding campaigner warn that farming in the Callows region might come to an end unless they get to grips with the problem.

Michael Silke said he has been campaigning about the flooding problem in the Callows all his life. “It's a problem which has been going on for decades but has got worse and worse. The floods in 2009 were the occasion which broke everyone's heart, because the floodwaters went higher than the 1954 levels and no one thought that could happen. When homes were flooded in the 1950s the government got new homes for people. Now they are not even giving fair compensation packages. Recent governments have been disastrous in their approach. We see no light at the end of the tunnel. In 2009 we were assured by the powers that be that such a bad flood would only happen once every 150 years and yet it's reoccurred twice since then.

“Many of the houses which are being flooded and badly damaged are 200 to 300 years old.

“What I want to know is where are we going as a country? Are we beholden to environmental groups like Friends of the Earth, because let me tell you they are certainly not friends of the people. People who live in rural Ireland, who farm the Callows region, we are getting the impression from the powers that be that we don't really matter.

A person from the floor said Bord na Móna works resulted in millions of tonnes of peat ending up in the Shannon. "In 2009, 400 to 500 acres of peat were washed into the river. It's been happening for the last 50 to 60 years."

“The damage is bad,” said Mr Silke. “We need to start extracting the peat silt from the river. At one stage Bord na Móna was considering running a railtrack along the river and using it to extract the peat sediment from the river, but nothing came of it.” He added that summer flooding of the Callows has got worse and worse, wiping out the corncrake and now threatening wading birds. “Environmentalists say we shouldn't dredge the river, but if we had dredged it then I am certain the corncrake would still be in the Callows. Environmentalists blame everything on Climate Change. That is only one aspect of the equation.

“As it stands, right now the Shannon is seven feet above its summer level.”

He suggested directing the water towards Bord na Móna's cutaway bogs. He also said that it would be better to pipe the water to Dublin from Lough Ree rather than Lough Derg. “The Parteen suggestion feels like a mistaken notion to many of us.”

Michael added that the ESB and Waterways Ireland have too much power regarding what happens on the Shannon. “It is time to take the ESB out of the equation, because it's evident that the ESB doesn't have the people's best interests at heart.

“We farmers are as environmentally conscious as anyone. We are not talking about draining the Shannon to a dangerous, damaging level. We are talking about returning the Shannon to its original width, to its original condition. The British were able to look after the river when they were here, and yet since the foundation of the State we haven't gotten on top of this problem.”