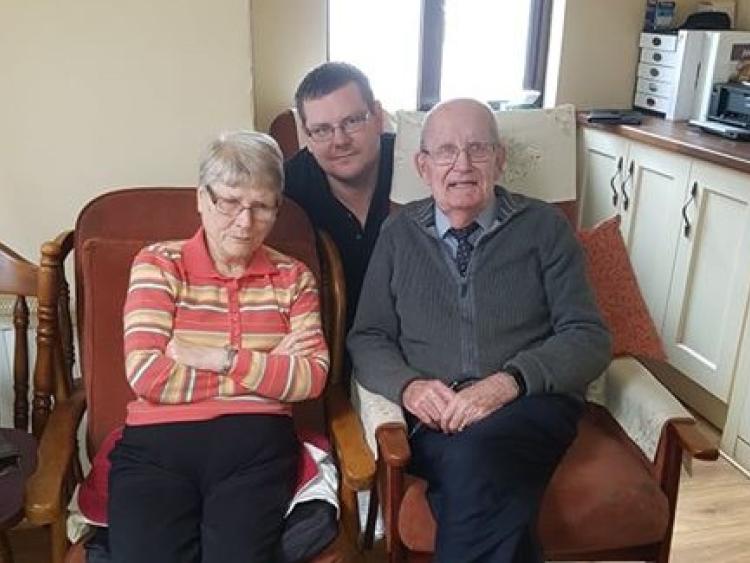 A founding member of the Edenderry Lions Club and noted community activist John Delamere has been announced as the Grand Marshal for Edenderry's 2019 St. Patrick's Day parade.

John, who was unable to attend last week's launch, will lead the parade on Sunday, March 17, the committee has revealed.

John is originally from Mullingar but has made Edenderry his home and both he and his wife have contributed greatly to Edenderry over the years, not least through their son Neil, the well-known comedian.

John too is known for his sharp wit but is also renowned for his role in local life in Edenderry through various involvements with community groups.

John has delivered meals on wheels for over 40 years and has also collected and delivered laundry to and from people's homes.

In the early 80s, he helped with fundraising for St. Mary's Secondary School and, in the same decade, was on the committee for the original festival in Edenderry.

John was a founding member of the Lions Club in the town in 1985 and was their first treasurer. He later served as president for two years and again as treasurer for the last decade.

Current Edenderry St. Patrick's Day parade chairperson, Shane Loughlin, said: "We are proud to be able to list John as a founding member of our very own St Patrick's Day Parade Committee, where he served as treasurer for five years."

WATCH: Offaly personalities call for support for our frontline staff

WATCH: Offaly couple's TikTok videos are the lift we all need

WATCH: Offaly couple's TikTok videos are the lift we all need