Cribbin welcomes "many positives" for town at Edenderry meeting 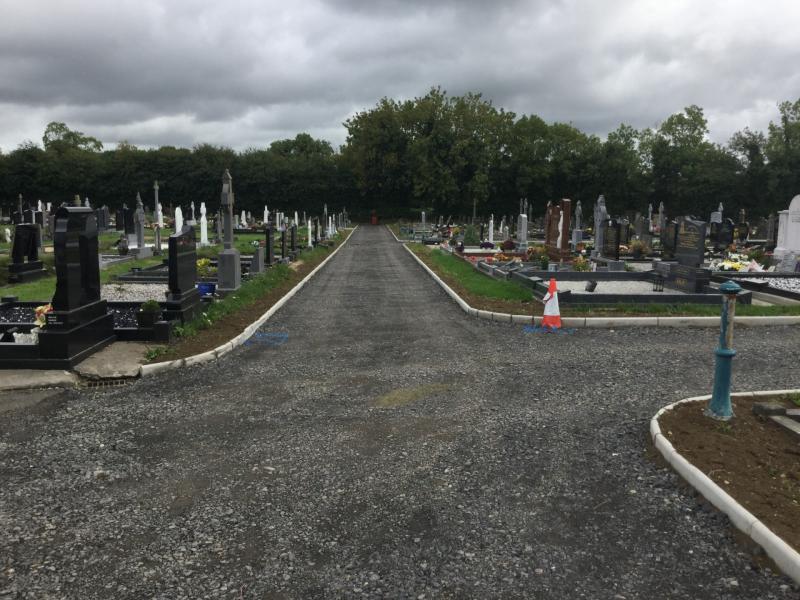 Edenderry based Offaly County Councillor has said there have been "many positives" for the town over the last few months. He made the comments following the most recent meeting of the Edenderry Municipal District last week.

"I am very happy to be involved in many positive decisions made by all members at our most recent September meeting," Cllr Cribbin said.

The councillor noted the €60,000 passed by the members for ongoing works at St Mary’s Cemetery as a particular highlight, marking the final payment of a total cost of €80,000.

"This cost is needed for drainage, kerbing and tarmac works which will bring to an end the many upsetting scenes of graves flooded for many families and will leave our beautifully maintained cemetery in a very acceptable condition for years to come," Cribbin added.

The flooding has been a huge source of concern to many for a number of years and whilst all three Edenderry based Cllrs; Foley, Bourke and Cribbin have been continually raising this issue, Noel wishes to thank the remaining three Cllrs Fitzpatrick, Quinn and O'Reilly for "their support and for agreeing to meet the cost even though this was outside of their own areas."

Other grants that were passed which will be of "huge benefit" to local clubs and organisations were:

- Edenderry Pitch and Putt Club, with €5,000 towards the cost of the ongoing building of their new 18-hole course.

- Edenderry Men’s Shed, with €500 towards an educational history tour to Dublin.

Cribbin also had, however, serious concerns for the town's road infrastructure. "The gloriously warm summer has come at a serious cost to our road infrastructure, with many of our roads, which are built in bogs, in serious disrepair and dangerous in several areas," he stated.

"They have literally dried out and cracked open. On my daily route I see roads cracked open in the Derries, Cloncannon, Shean, Ballykillen and Ballyfore and parts of these roads, along with areas in Croghan and Clonbullogue, need urgent attention."

"I am glad that Mark McMahon [Area Engineer] confirmed that work will be starting in Croghan this week and other areas as soon as he can get the extra funding for the works," says Cllr Cribbin.

Local engineer Mark McMahon raised the need for 'Part 8' to be brought forward for both areas, the urgent need for the Inner Relief Road in Edenderry to start and how the first step is to bring a 'Part 8' to the public for their consideration and submissions.

Cllr Cribbin had this to say: "Whilst I fully agree with Mark on the urgent need for an Inner Relief Road and, indeed, with the schools reopened and works going on in Francis Street, the whole town was in lockdown this week."

"However, I also looked into the Alternative Route that I submitted on behalf of the Clonmullen residents, which would see a new road built connecting the Dublin Road to the Kinnegad Road. It would be on a greenfield site and would, in my opinion, be a far better option than putting traffic lights at the Tesco Roundabout on the Dublin Road and then bringing thousands of cars and lorries up through laneways and housing estates in Clonmullen."

"I feel this route will cause far more problems than it will fix if the council persevere with the Clonmullen route. I am glad to say that it was agreed that the second route is to be included in the upcoming Part 8," Cllr Cribbin concluded.