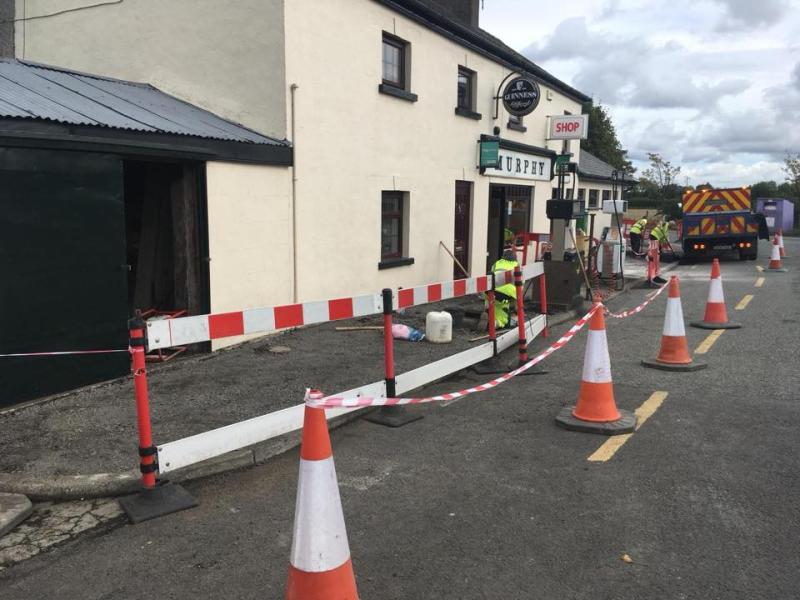 Offaly County Council has said works to repair footpaths in Bracknagh have begun.

The update from the Edenderry Municipal District was given on Friday as workmen moved to update the old footpaths outside Murphy's Pub.

The pub also acts as a Post Office and concern regarding older people using the old paths had been expressed.

This footpath renewal is one of a number of projects being rolled out under the Footpaths Programme from Offaly County Council, as well as the roads programme which is running simultaneously.

Some disruption is expected in the Bracknagh area on Friday as a result of the works.