'King's men' to be remembered at Offaly Orange Order event

The little known past of 'King's County' 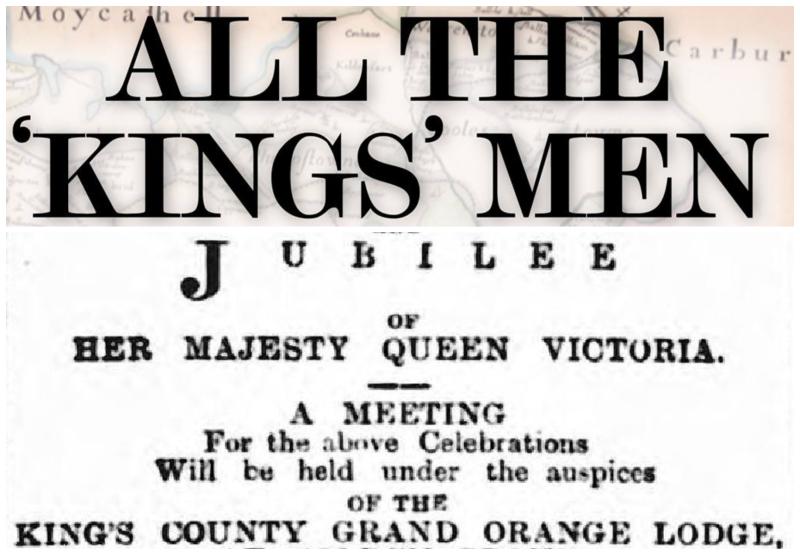 'King's men' to be remembered at Offaly Orange Order event

A presentation covering a largely forgotten aspect of Offaly history will be taking place later this month in Armagh.

Entitled ‘All the Kings Men - The Orange Institution in Kings County (Offaly)’, the event is the latest in a series by Orchard County based historian Quincey Dougan looking at the generally unknown Orange Heritage across the Republic of Ireland.

Speaking on the topic Quincey said that Offaly has one of the most interesting Orange histories of any county in Ireland, stating, "Orangeism was present in the county as early as 1798, and at different times active Orange Lodges existed in Birr, Shinrone, Edenderry, Tullamore, Banagher, Ballyboy, Coolderry, Daingean and Durrow."

Some incidents in its Orange past are recalled in wider folklore such as the ‘Greenboys’ visit to the alleged hotbed of Orangeism in Shinrone in 1828, however there are many other stories to be shared on the night.

During the land war when Orange Lodges were dying out in some areas of South and West Ireland, in Kings County, as it was known then, it underwent a resurgence, and Quincey recounts that, "in the 1880s, several new lodges were formed to the extent that a new County Grand Lodge of Kings County was formed to oversee them."

"During this time ten lodges were active under its auspices, including affiliated Orangemen in Tipperary, Laois, Westmeath and Galway; while Offaly also boasted at least four dedicated Orange premises."

"The period is also notable for being one of only two occasions in 200 years that the Grand Orange Lodge of Ireland had one of its bi-annual meetings outside the confines of Ulster and Dublin.

The presentation will take place on Tuesday, May 29 at 8pm in Sloan’s House Museum of Orange Heritage in Loughgall, County Armagh. Admission is free and all are welcome.

Quincey would particularly welcome contact from anyone with insights or artefacts relating to the Orange Institution in Offaly and beyond.