Road safety risk to parents and children highlighted in Edenderry 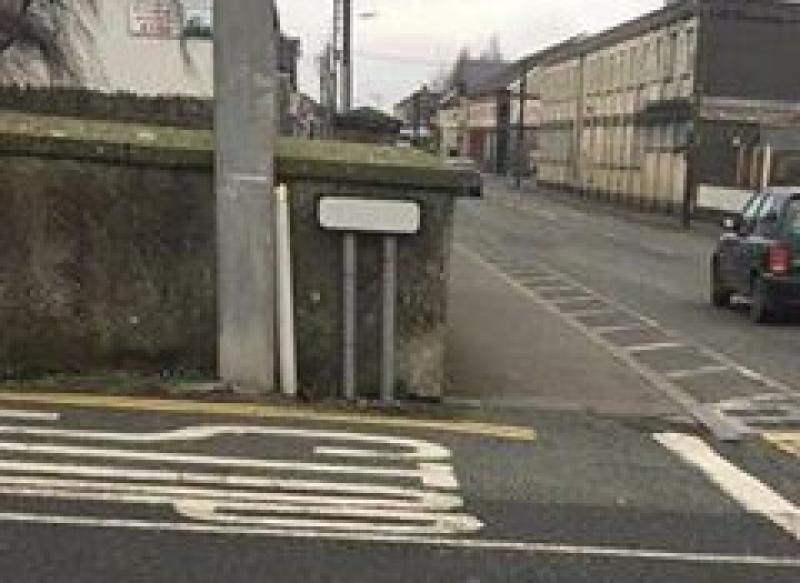 Numerous parents, who have children attending St. Mary's Primary School in Edenderry are concerned about the path that ends abruptly at a high wall that runs along the Youth Cafe in the town.

That's according to local Sinn Féin Councillor Martin O Reilly who commented, “I have been informed by parents that they cannot see any traffic coming up the road as the view of oncoming traffic is blocked by the wall. This is very dangerous and especially so when parents are going to schools with children and pushing buggies.”

He added, “I have met and spoken with the Area Engineer about the matter. This issue has been brought to my attention by numerous parents When I visited the area last week I could understand their concerns. If one has to cross there, they need to step out onto the road to look past the high wall. This is very difficult with prams and buggies.”

Cllr O'Reilly said that while adults might be careful, he would be concerned about children walking to school on their own or with friends not being mindful of the traffic coming up the narrow road. He remarked that something needs to be do to improve the line of sight for people crossing there.

Cllr. O Reilly concluded by stating that he will continue to lobby the matter, hoping for a successful outcome as soon as possible.