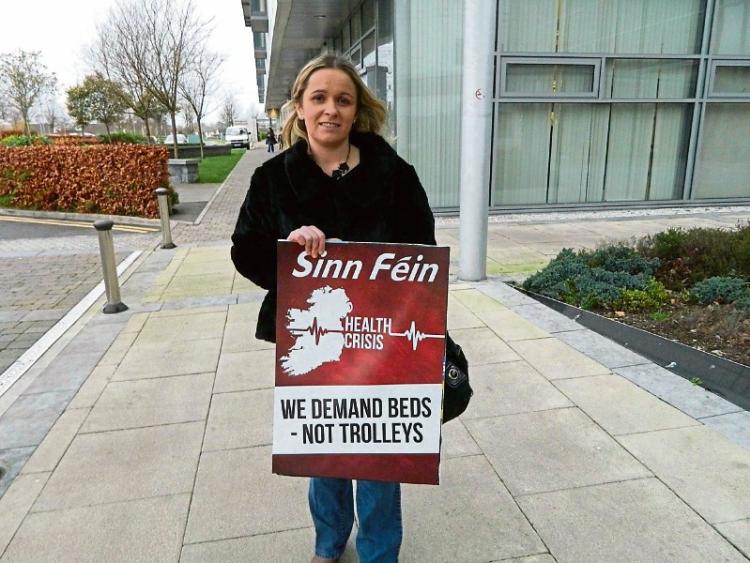 Local Sinn Féin councillor and General Election candidate Carol Nolan has hit out at the Government after new figures released today by the INMO show record levels of hospital overcrowding in 2015.

Cllr Nolan said, “The figures released by the Irish Nurses and Midwives Organisation today show that a staggering 92,998 people were cared for on trolleys in hospitals across the state in 2015.”

She added that in the Midland Regional Hospital in Tullamore, 2758 people were cared for on trolleys, more than three times the number than when this Government took office.

“Not only has this Government failed spectacularly to deliver on its promise to end the trolley crisis during its term but the fact that the Taoiseach has refused to commit to ending it if re-elected is a slap in the face to the people in this area,” Cllr Nolan continued.

“Anyone who does not possess a clear and hardened resolve to end this crisis once and for all has no place in Government and in my view. Unlike this Government, Sinn Féin has not washed its hands of this crisis – our Private Member’s motion put forward a number of measures aimed at tackling hospital overcrowding.

“The motion provides for an increase in hospital beds, the recruitment of front line staff, the provision of additional funding to the Fair Deal Scheme, the provision of extra nursing home beds, a commitment to increase home help and homecare packages and the establishment of an Emergency Department Taskforce on a permanent basis.

“Fine Gael and Labour have presided over complete chaos in our health system for long enough and the people of this area deserve better,” she concluded.

WATCH: Warning that NEW Covid-19 lockdown in Offaly cannot be ruled out

Reports of a suspicious van in Offaly countryside today