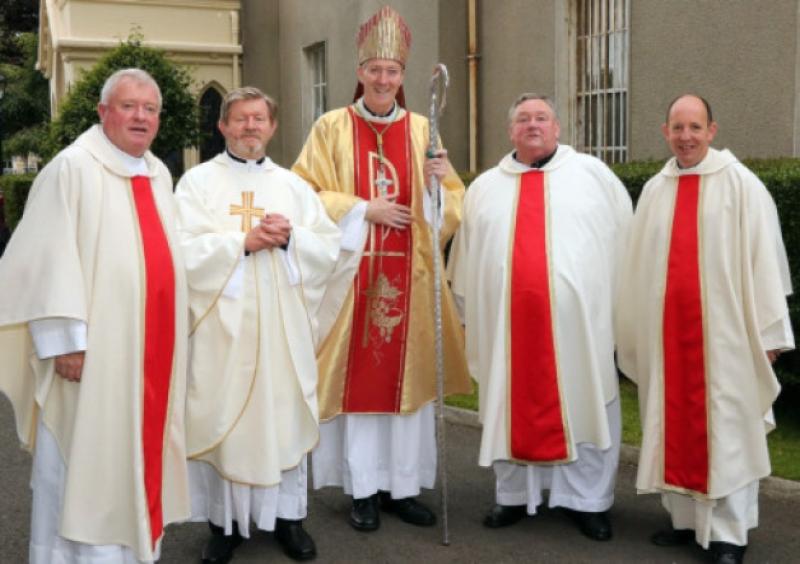 Portarlington native, Sean Hyland was ordained a priest last Sunday in his hometown.

Portarlington native, Sean Hyland was ordained a priest last Sunday in his hometown.

Sean worked all his life as an electrical engineer and enjoyed a very successful career working with American multi-nationals. He spent his final years with Hewlett Packard in Leixlip and retired in 2006.

He and his wife Liz had two children Seana, who died from viral pneumonia and Ciaran who died later from Rhys Syndrome – a condition that can affect children under the age of two. He and Liz made the decision not to have any more children after their tragic loss.

Sean said he was very angry for a long time and while he questioned his faith, he continued to go to Mass. His wife Liz, from Ballickmoyler, always had faith and never doubted that her children were safe with God.

Sean described himself as a “slow-learner” but over time he resolved to be more like Liz. He said he drank more than he should have in those difficult years.

“It dawned on me that Liz was trying to carry this and I decided I wanted to be more like Liz,” he said.

When Liz became ill in April, 2008 and died the following December, Sean turned to God for support.

“I begged to have the strength to support Liz as she was my pillar, strength and light. I got the strength and support,” Sean said. “God let me know that my children and wife and parents are safe with him.”

Sean said he has no doubt that Liz played a part in him first becoming a deacon and his ordination into the priesthood on Sunday. Sean’s new journey took him to Rome to study for the priesthood when he became a seminarian, aged 61.

He said it has been a ‘grace filled journey’ for him. He said his family members have been a great support for him in his studies. He looks forward to working in the Diocese of Kildare and Leighlin, wherever Bishop Denis Nulty sends him.

He also thanked Fr Tom Dooley PP for his guidance and for being his sponsor for his ordination.