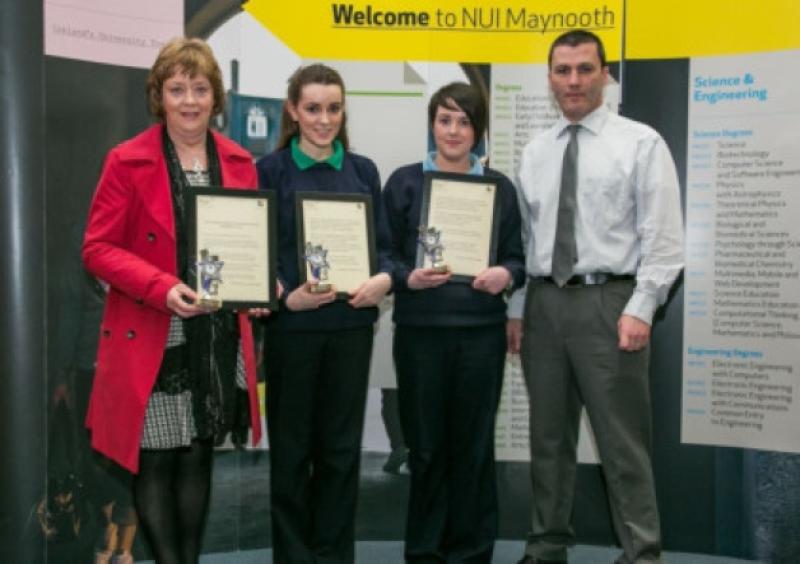 Zara Dunne, also from Ard Scoil Chiaráin, was the recipient of an NUI Maynooth 6th Year Inspirational Student while Jade Doolan also picked up an award.

The 3rd Year Special Awards are given to students (13-14 years old) who have been nominated by their school for the hard work in a subject area: English, Irish, Languages, Mathematics and Science.

The 6th Year Inspirational Students (16-17 years old) have been nominated by their school because they are role models to other students and they are inspirational in their school. The 6th Year Inspirational Students who receive awards each nominate a teacher or staff member from their school who has served as an inspiration to them on their education path. These teachers receive awards to show that NUIM appreciates the dedication made by school staff to guide and prepare young people for their futures and the powerful impact teachers have on students.

NUIM places a great value on the developed links we have with 14 second level schools in Kildare, Offaly, and West Dublin and a further four schools in Kilkenny. The Second Level Awards are one example of how NUIM engages with schools to enhance educational and civic participation, with the objective of having a lasting impact on educational participation and attainment.

NUI Maynooth Access Programme (MAP) hosts ceremonies in Maynooth and Kilkenny annually. The Second Level Awards are an important event for the recipients. The message they receive by collecting their award from the President of NUIM, Professor Philip Nolan, is that college is a real possibility and we have found that many recipients become university students in the years that follow. It is a great boost to young people’s self-esteem and confidence and it is great for families as well.

The Access Programme at NUI Maynooth provides a number of initiatives to increase the participation rate of those whose social, economic and educational experiences have prevented them from realising their full educational potential. MAP works in close cooperation with second level schools, many other third level institutions, state agencies, and a range of community groups and businesses to widen participation at third level.