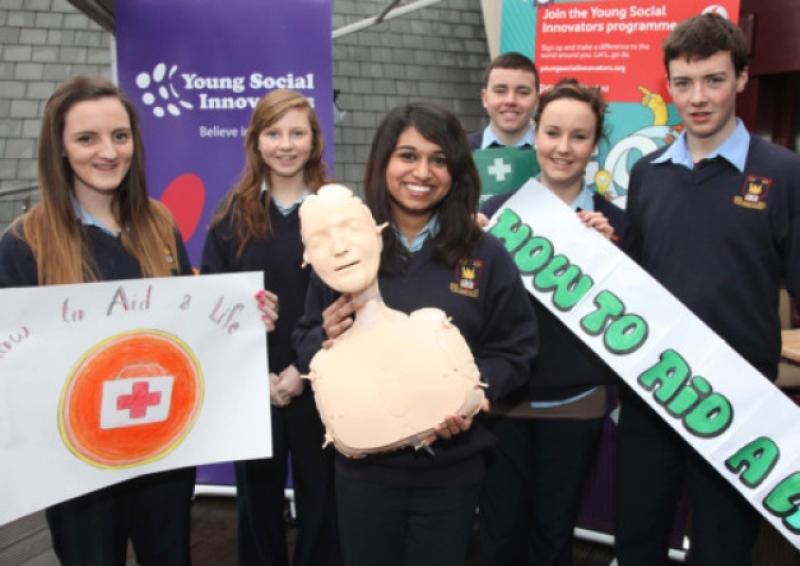 Students from Sacred Heart Secondary School and Tullamore College have been shortlisted for the title of “Young Social Innovators of the Year 2013”.

Students from Sacred Heart Secondary School and Tullamore College have been shortlisted for the title of “Young Social Innovators of the Year 2013”.

Their projects are among 60 projects from schools and Youthreach centres across the country competing for the award, which will be announced at the Young Social Innovators Showcase and Awards, supported by the Vodafone Ireland Foundation, at the Citywest Hotel, Dublin on 8th May 2013.

Sacred Heart Secondary School has two shortlisted projects which address the issues of sex trafficking and an environmental project designed to clean up operation for the local community; whilst Tullamore College’s shortlisted entry hopes to integrate the use of first aid at a younger age group. Over 300 social action projects were completed by young people across the country. The projects addressed a range of social issues of concern to young people including cyber bullying, farm safety, mental health, youth literacy, facilities for children with disabilities and a Braille programme for restaurant menus. Last year’s title was won by Davis College, Mallow for their project on helping the families of missing people in Ireland.

Now in its 12th year, the YSI Social Innovation programme is open to all 15-18 year olds through schools and youth organisations and gives them the skills and know-how to bring about change in their communities and wider society. Over 42,000 young people have participated in YSI since it was founded in 2001. Under the new partnership with the Vodafone Ireland Foundation, Young Social Innovators aims to more than double the number of young people involved in its programmes and build an empowered network of 100,000 young social innovators across Ireland by 2015.

Announcing the shortlist, Rachel Collier, Chief Executive, Young Social Innovators, said “This year’s projects serve to highlight the very real issues being faced by young people in Ireland at present. It is vitally important that we listen to them and engage with them in addressing their concerns. The sense of social justice and inclusion and the innovation evident in their responses to some very serious issues are inspiring.”

“Social innovation can be a real force to bring about change in Ireland - it uses people’s creativity for the good of society; it builds real social capital. YSI promotes education for social innovation giving young people the ways and means to positively shape society for social good”, she said.

“The Vodafone Ireland Foundation is very proud to support Young Social Innovators. We’re greatly impressed by the quality of the projects and the fresh perspectives young people are taking to the issues as well as the manner in which they have gained support for their initiatives, in some cases involving entire communities. Their creativity and resourcefulness are to be commended,” said Natalie Hodgess, Vodafone Ireland Foundation.