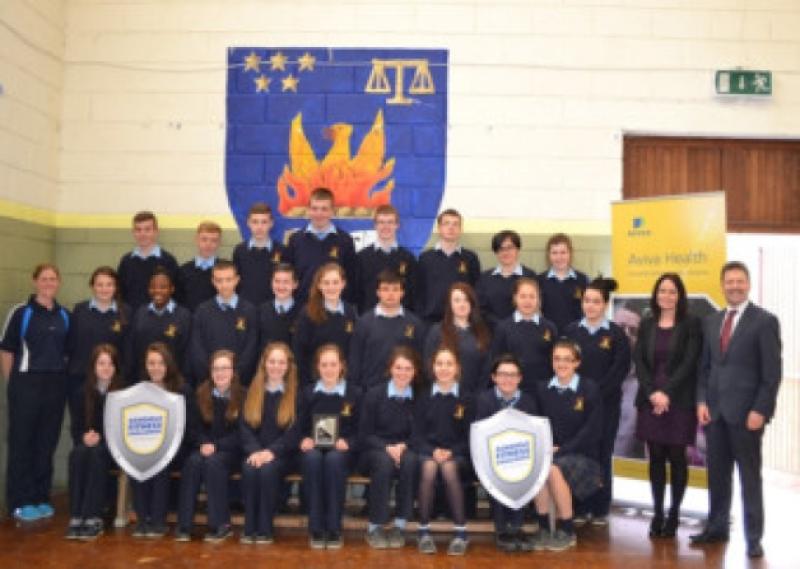 Devised by Professor Niall Moyna from the Centre of Preventive Medicine in Dublin City University and the Wellness Economic Initiative Alliance, the Aviva Health Schools’ Fitness Challenge, invited secondary schools throughout the country to make physical fitness a national priority by assessing the fitness levels of junior cycle secondary school students over a six week period through a bleep test. Students who completed the Challenge experienced, on average, a 19% improvement in their fitness levels.

A total of 13,067 students (7,242 boys and 5,825 girls) from 26 counties across Ireland successfully completed the challenge. Not only were improvements in fitness observed among the students after the relatively short period of exercise intervention, but the results show that boys are now 45% fitter than girls compared to 60% fitter last year, meaning that girls are closing the gap in fitness levels compared to boys.

The Challenge also showed that boys completed an average of 67 shuttles compared to 62 last year, an increase of just over 8%, with girls completing, on average, four more shuttles than last year to reach 42, representing a 10.86% improvement on 2013.

The results also show an increase in numbers of children who completed the programme compared to last year when 8,047 undertook the challenge, with 2,852 more boys and 2,168 more girls than last year.

According to Prof Moyna of DCU, “Aviva Health’s Schools’ Fitness Challenge highlights the importance of cardiovascular fitness from an early age, and shows that a little bit of sustained exercise training leads to significant improvements in fitness among young people. The fact that the same school retains the title of Ireland’s Fittest School shows that once children see the benefits of fitness, they are more likely to continue to enjoy sport, and the health benefits that this participation brings.”

Prof Moyna continued, “The students and teachers have shown how a good level of fitness can improve health, now and into the future.A quarter of school-going children have risk factors for heart disease while 86% of them spend more than two hours watching TV, videos or playing on computers. If we give children the building blocks for a healthy life, society will reap the rewards down the line. I would urge the government to consider placing as much emphasis on physical education as the academic subjects in our schools, in order to create a healthier society.”

Roisin O’Connell, PE teacher at Oaklands Community College said, “We are absolutely over the moon to have been awarded the title of Ireland’s Fittest School for the second time in a row. Building on the foundations of last year’s participation, we improved the fitness of our students by carrying out aerobic-based circuit training, going on three kilometre runs by the canal and encouraging students to take part in physical activity outside of school as well as keeping a six week exercise and food diary. We aim to maintain these high levels of physical activity, and hopefully we’ll be back here again next year for the hat-trick!”

Rugby star Jordi Murphy commented “I love playing rugby for my province and my country, and being fit and healthy has benefited me so much. I would encourage teenagers to get active and fit either by participating in a team sport at school or in their local community, or by taking up a leisure activity with friends such as swimming or running. It’ll make you fitter, healthier and happy, and keep you out of trouble too!”