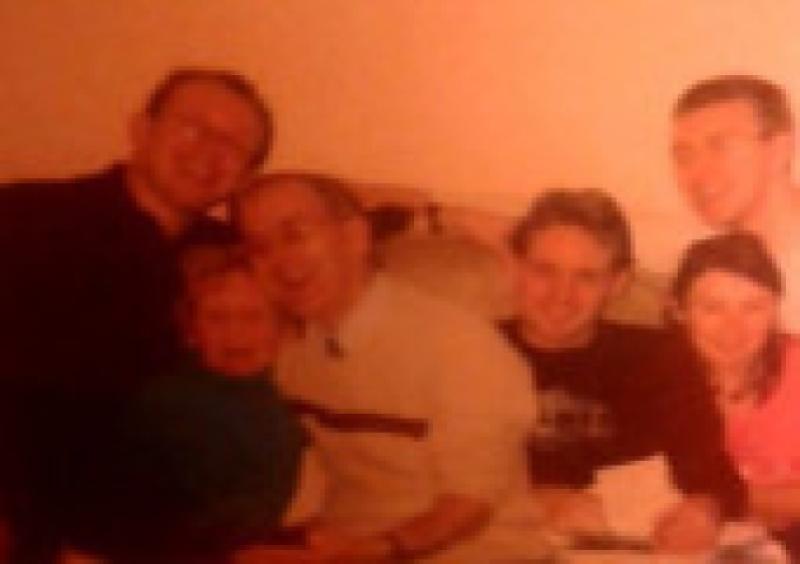 Norman Browne is organising an ‘80s and ‘90s themed night at Tullamore Rugby Club on February 14 in honour of his late mother, Aileen Browne.

Norman Browne is organising an ‘80s and ‘90s themed night at Tullamore Rugby Club on February 14 in honour of his late mother, Aileen Browne.

Originally from Dublin, but living in Tullamore for the last 12 years, Norman hopes to welcome a large crowd to the event on the night. Norman’s mother passed away suddenly in 2006 at the age of 56 following a short battle with a disease she didn’t know she had. Aileen’s family subsequently found out on their mother’s death certificate when it was revealed that she had in fact died of cardiac arrest as a result of sarcoidosis.

The event is being organised in conjunction with The Irish Sarcoidosis Support Network (ISARC) at 9pm on Valentine’s night. DJ on the night will be midland radio veteran Barry Flynn from Clara, and the organisers are hoping the theme will attract a nostalgic crowd for a night of singing and dancing. Tickets, priced at €10, can be purchased at the door, or bought from Norman Browne at 086-1920920. Fancy dress is optional, but there will be a prize for the best dressed if you do make the effort. So, channel your inner Boy George and head over to Tullamore on February 14 for a terrific night for a great cause. Norman and his family have chosen this time of year because that particular weekend on February 15 marks the 9th anniversary of their mother’s death.

“We hope that one day all our efforts will finally help to create more awareness of sarcoidosis, and hopefully a cure will be found,” Norman told us this week.

Sarcoidosis is an auto-immune disease, primarily affecting the heart and lungs, which causes an abnormal immune response, resulting in an excess build-up of white blood cells that leads to the formation of granulomas on the affected organ. Sarcoidosis can also affect the eyes, lymph-nodes, and skin. Sarcoidosis is a difficult disease to diagnose as the symptoms can be very similar to a number of other diseases, and there is no definitive test, although a chest x-ray and lung function test can highlight a problem. It can advance to a critical stage with the sufferer unaware until it is too late. The cause is as yet unknown, but sarcoidosis affects around 5,500 people in Ireland, five times as many people currently suffering from Cystic Fibrosis. In fact, Ireland has one of the highest instance rates of sarcoidosis in the world. There is no cure.

Without knowing it, Aileen Browne was actually experiencing the symptoms now associated with sarcoidosis for a short time before her death, but after visiting the doctor, no chest x-ray was ordered. Her symptoms included: extreme fatigue, joint and muscle pain, weight loss, a persistent dry cough, loss of appetite, and occasional anxiety attacks. She became withdrawn, and her son explains that this was very much out of character for his ‘vibrant’ mother: “My mam was small in stature at a shade over 5ft, but she was big in personality and fun. My mother in her youth in Mayo was a champion Irish dancer, and I still recall her even in her early 50s, dancing across the kitchen floor with a 1-2-3 step, giving an almighty high kick at the end.”

On February 14, 2006, Aileen’s husband Pat phoned for an ambulance, and the paramedics rushed his wife to St. James’s Hospital in Dublin.

“I can only imagine how hard it was for my father to phone for that ambulance that day, but it was the biggest expression of love he could give for his wife who had become so frail and weak,” Norman said. Norman remembers the short time he spent in the hospital with his mother before she died. “It was just myself, my dad and sister, and my then fiancée Joan (now wife). My mam died the very next day after suffering a heart attack. I’ll never forget seeing the vacant look on my mam’s face as her bottom lip quivered when trying to take a tablet. I called for nurses and doctors, but she died just moments later,” he added.

Norman then had to phone his brothers, who were both working abroad in France and New Zealand.

“Telling my brother Gavin in Paris that mam had died was gut-wrenching.” Norman had great difficulty tracking down his youngest brother David in New Zealand. He tried to contact him at backpacker’s places he may have been staying at, and eventually discovered he was on a bus to Queenstown. He found the place he was staying and asked them to get his brother to contact home as soon as he arrived. Norman couldn’t tell David the news over the phone when he spoke to him, and instead told him to get home quickly because “mam was not very well.” “When David arrived in Dublin airport, he asked my Dad and I to bring him straight to see mam,” Norman recalled. “We then told him that mam had died, and the three of us just burst into tears,” he added. “Telling him was the hardest thing I’ve ever done.”

Months would pass before the Browne family had some answers, when their mother’s death certificate stated that her cardiac arrest was caused by complications due to sarcoidosis. “My mother never knew she had this disease, and it is only now that we can hopefully achieve something with ISARC to pay homage to the great example she set in bringing up her family,” Norman said. “I hope by holding this event and by holding events like The David Kelly Black Tie Ball, and The Marian Geraghty 10k/5k road race, we can help to create a better network of support for the thousands of people suffering with this under-researched illness in Ireland.”

For more information about sarcoidosis and ISARC, visit www.isarc.ie. To buy tickets for Norman’s 80s and 90s themed night, you can contact him on 086-1920920 or by email at normpsb77@yahoo.ie. Chairperson of ISARC, Mary Walters can also be contacted about this event and the charity itself on 087-0648070.