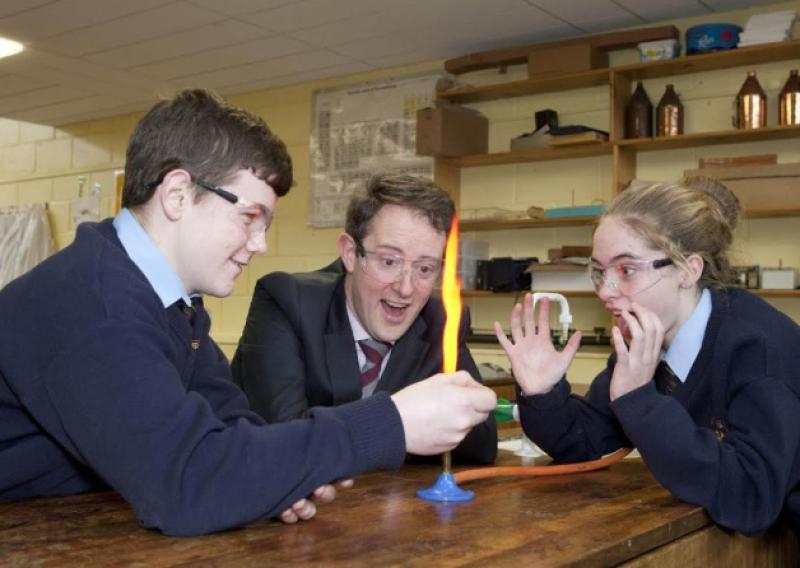 Minster for Research and Innovation, Seán Sherlock TD has called on students throughout the country to put their knowledge of science to the test and enter SciFest 2014

Minster for Research and Innovation, Seán Sherlock TD has called on students throughout the country to put their knowledge of science to the test and enter SciFest 2014

The Minister made the call during the launch of SciFest at Tullamore College. Sponsored by SFI Discover and now in its seventh year as a national project, SciFest is an all-inclusive, all-island science competition where second-level students showcase science, technology, engineering and maths projects at a series of one day science fairs held regionally in the 14 Institutes of Technology and the University of Ulster, Derry.

The winners from each regional science fair go on to compete at a national final in November. The national final winner(s) of SciFest 2014 will be presented with a trophy and will represent Ireland at the Intel International Science and Engineering Fair (ISEF) 2015 in Pittsburgh.

The SciFest 2013 national final winner was Paul Clarke from Raheny, Dublin; he solved a mathematical problem that has been baffling mathematicians since the 1930s. His discovery has taken us a step closer to solving the Travelling Salesman Problem, which has applications in business models including computer routing and networking. Paul also won the top award at the BT Young Scientist and Technology Exhibition 2014.

The standard was so high this year that Intel decided to send a second finalist, Conor Foy from Coláiste Chiaráin in Croom, Co. Limerick to represent Ireland along with Paul at Intel ISEF 2014 in Los Angeles in May. Conor developed a system to improve the performance of rowing crews. Students wishing to follow in Paul’s and Conor’s footsteps can log on to the SciFest website (www.scifest.ie) and download an entry form. Completed entry forms must be submitted by Friday, March 7.

The aim of SciFest is to create a science fair experience that is inclusive, accessible and inspires excellence. It gives students of all levels the opportunity to develop research skills and associated skills such as problem solving, critical thinking, presentation skills and teamwork. SciFest provides teachers with an opportunity to promote science, technology, engineering and maths (STEM) subjects in an interesting, innovative and hands-on way.

Speaking at the launch of the 2014 competition in Tullamore College, Co. Offaly Sheila Porter, SciFest CEO said: “Since SciFest was launched nationwide six years ago it has gone from strength to strength. I am continually amazed by the passion and dedication demonstrated by the students. SciFest is a celebration of STEM subjects. It encourages students to push the boundaries of the classroom, use their knowledge of science, investigate and be creative in their projects. The achievement of these students is an inspiration to us all and is a tribute to them and to the hard work and support of their teachers.”

Commenting on the launch of SciFest 2014, Prof Mark Ferguson, Director General, Science Foundation Ireland and Chief Scientific Adviser to the Government said, ”SFI Discover is pleased to support SciFest as it is vital that we engage and encourage our young people to increase their knowledge of science, maths and engineering. Project based activities such as SciFest grab the attention, enthusiasm and creativity of young people and play a key role in encouraging them to study STEM subjects and go on to a rewarding careers.”