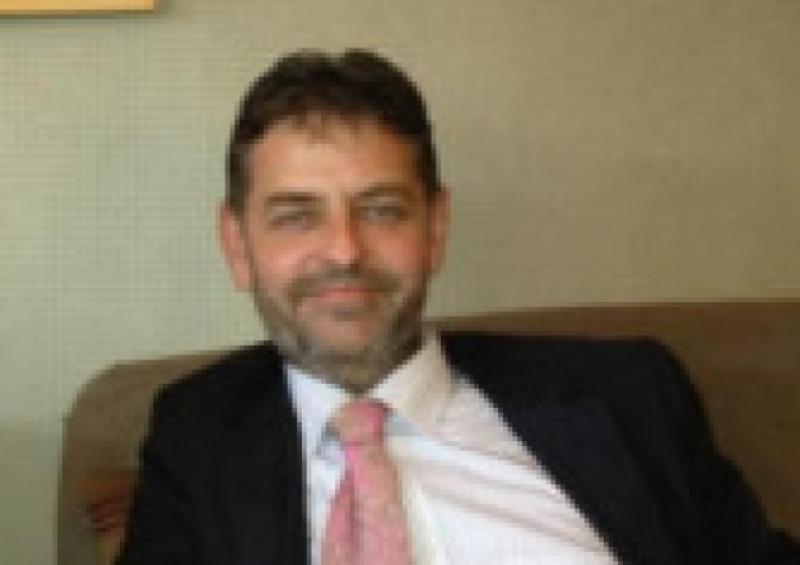 Tickets have now been made available to the public for the inaugural David Kelly Black Tie Ball in the Hamlet Court Hotel, Johnstownbridge, which takes place on November 15.

Tickets have now been made available to the public for the inaugural David Kelly Black Tie Ball in the Hamlet Court Hotel, Johnstownbridge, which takes place on November 15.

The event will be hosted by David’s family, and will mark the first anniversary of David’s passing, which occurred on November 25, 2013.

David Kelly of Gilroy Avenue, Edenderry, passed away aged 49, from complications due to the largely unknown lung condition, sarcoidosis. The David Kelly Black Tie Ball has been organised by David’s daughter Arlene Kelly, and his sister Helen King, in conjunction with the Irish Sarcoidosis Support Network (ISARC), and all funds raised from the event will contribute to the charity’s work in research and support for those affected by the illness. Speaking about the event this week, Arlene commented, “the event is an opportunity for the whole of Edenderry and surrounding areas to dress up and spend a night celebrating the life of my wonderful Daddy.

“There has already been great interest shown at home and abroad, with some people intending to fly in from the UK to attend, and it is sure to be a great success,” Arlene added.

On November 15, the night will begin with a drinks reception on arrival at 7pm, while dinner will be served at 8pm, and music will be provided by Midnite Blue.

“There will be lots of dancing to be done with the fantastic Midnite Blue,” Arlene remarked. “We are delighted to have them play at the very first event in Daddy’s name.”

Edenderry based photographer Finn Mooney will attend on the night to provide a pop-up photo booth, where people can gather to capture their night in a once off photograph that will be printed and available to collect after the meal for a small fee.

“This unique offer from Finn Mooney is a wonderful addition to the night, and also a way in which people can remember the David Kelly Black Tie Ball for years to come,” Arlene stated.

The organisers would also like to point people in the direction of Dermot Hall Menswear, Edenderry, who are offering the rental of a full tuxedo to anyone attending the David Kelly Black Tie Ball at a special rate of €50.

The primary role of this event for the family of David Kelly is to raise much needed sarcoidosis awareness.

Chairperson of the Irish Sarcoidosis Network (ISARC), Mary Walters noted, “since my very first meeting with Arlene and Helen I have been inspired by the passion and drive that they have shown in organising this event. One can only admire their selfless motivation in helping other families affected by sarcoidosis.This fantastic event will serve to raise awareness of sarcoidosis and help ISARC continue to support those suffering from this often very debilitating disease.”

David was symptom-free and living a full life until June 2013, but passed away just five months later after being diagnosed with the relatively unknown condition. Despite its absence from the public consciousness, sarcoidosis actually affects around 5,500 people in Ireland, five times as many people currently suffering from Cystic Fibrosis, a disease which has a far more widespread public profile. Sarcoidosis is an auto-immune disease, primarily affecting the lungs, that causes an abnormal immune response, resulting in an excess build-up of white blood cells that leads to the formation of granulomas on the affected organ. Sarcoidosis can also affect the eyes, lymph-nodes, and skin.

Sarcoidosis is a difficult disease to diagnose as the symptoms can be very similar to a number of other diseases, and there is no definite test for Sarcoidosis. A detailed medical history and a physical examination by your doctor can lead to further diagnostic tests such as: chest x-ray, blood tests, and lung function tests. Worldwide, sarcoidosis has an instance rate of around 1 to 2 people in every 10,000, but for an unknown reason, Ireland has one of the highest rates of sarcoidosis in the world. Arlene also commented on the need for awareness this week.

“The cause of sarcoidosis is still unknown and I think it is so important for people to be aware, and to get themselves checked out for an illness that can go undetected. Sadly, I have lost my Daddy too early in life, and if this awareness and fundraising can be carried out in his name, I will be very proud.”

For more information about sarcoidosis and the ISARC charity, please visit www.isarc.ie.

If you would like to help this charity and join David Kelly’s family in a celebration of his life on November 15, tickets for the event, which are set at €50, can be purchased through Arlene at 087-3290219 or kelly.arlene3@gmail.com, or Helen at 087-9959754 or helenck138@gmail.com. Alternatively, people can make contact through the ‘David Kelly Black Tie Ball’ Facebook page. The tickets have been on sale for less than a week and Arlene Kelly has described the reaction as “unbelievable” as they are selling so quickly.

The Kelly family would like to extend sincere thanks to all those who have sponsored this event to date, and these sponsors include: Newbridge Silverware, Dermot Hall Menswear, Finn Mooney, Screenmax International, McDonald International, A&L Goodbody Solicitors, The Hamlet Court Hotel, and Smiley Monroe Ltd.