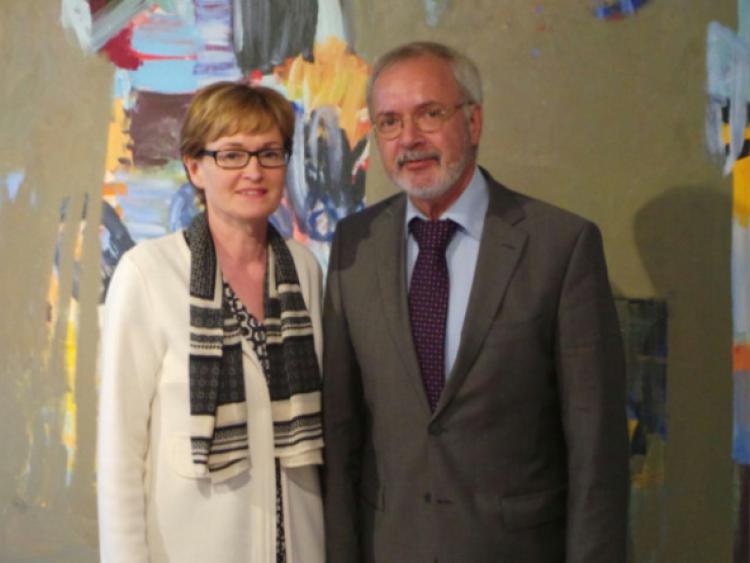 €850 million in new European Investment Bank (EIB) lending will be made available to Ireland this year. In 2010, it was €210 million. Every year the Irish government has drawn down more lending from the EIB.

this week“Following yesterday’s meeting, it is clear that the EIB is in the business of funding sustainable projects including green infrastructure - Greenways and cycle paths - in EU member states,” MEP McGuiness said.“Asked if there is EIB funding for the development of greenways and cycle paths the president of EIB Mr Hoyer said ‘why not’.”

The Midlands North West MEP added, “I am aware of several local authorities needing money to develop greenways and the fact that the EIB is willing to look at such projects should be taken up by the Irish authorities. It is clear that EIB funding is a realistic option but it will require local authorities coordinating their efforts to secure loans and it demands a national plan for the development of green infrastructure.”

“I would urge local authorities to immediately work together to secure such funding”, she added.

She stated that in Meath, in Sligo and elsewhere in Midlands North West there were communities committed to developing these much needed resources which she said are vital for tourism and for the community.

The EIB’s ability to support business growth through lending schemes, advisory services and the funding of public infrastructure and investment opportunities in Ireland topped the agenda of the meeting.

MEP McGuinness also highlighted how the EIB could strengthen its support for Ireland through the funding of tourism, regeneration projects, social housing and education.