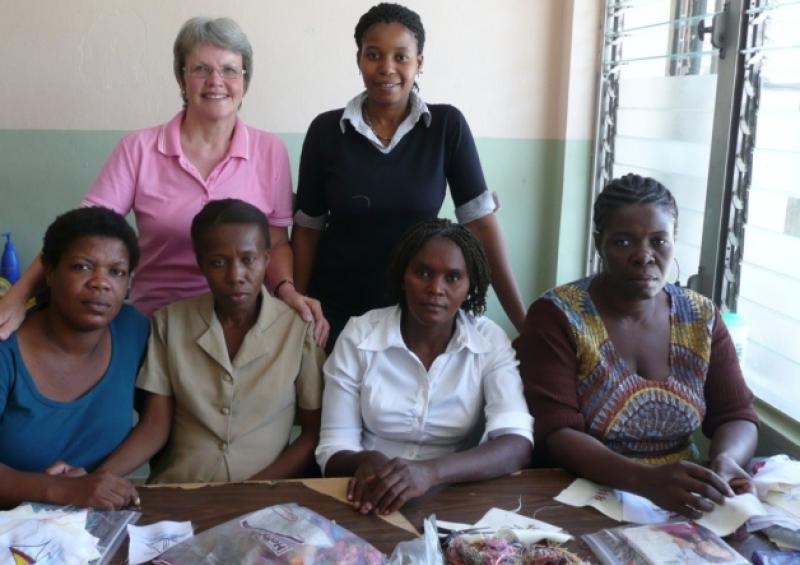 “People have much more to offer than they realise” says Maeve Bracken the current Vice President of Viatores Christi and who, when newly retired, volunteered overseas in Haiti from 2008-2010.

“People have much more to offer than they realise” says Maeve Bracken the current Vice President of Viatores Christi and who, when newly retired, volunteered overseas in Haiti from 2008-2010.

When Maeve was planning her retirement after over 40 years in the public service, she knew she wanted to volunteer but wasn’t sure what she could offer. “Of course I had accrued many skills but I wasn’t a nurse or an engineer. But I felt there was something I could do and it worked out.”

And so, after completing the Viatores Christi Orientation Programme, Maeve travelled to Haiti in 2008 where she stayed for two years on a project run by Gena Heraty (originally from Co. Mayo) and who had also completed the Viatores Orientation Programme. Maeve is pictured with a group of mothers in Haiti. The project runs an orphanage and school for children, including over 30 children with special needs. Maeve was assigned to work with the children with special needs, helping to run therapy classes.

Initially Maeve felt that she was out of her comfort zone in this type of work coupled with the heat while also witnessing the abject poverty in Haiti. However her background in the small foods industry with Bord Bia and the Department of Agriculture allowed her to identify an income generation project.

“I love to make things so I soon had the girls working with me making greeting cards. The most capable of the girls would embroider squares and we made cards to sell. Visitors thought they were very authentic,” she says.

Maeve also became aware of mothers of children with special needs who travelled to the orphanage for therapy and meals. The women often waited all day while their child was treated so Maeve also approached them about the card making project.

“We sat down with a group of them, explained how this could be done. We bought the equipment and started work,” she says. “Some were great at the embroidery but two really picked up on the business side of things, the quality control and the need to get it right.”

Today ten women work full-time making the cards, with another six doing embroidery part-time at home and there are no foreign volunteers involved now; it’s become a solely Haitian business! The small greeting card business also survived the earthquake, and the income generated has been invaluable for devastated families.

Maeve was in Haiti at the time of the devastating earthquake in January 2010 – at the orphanage, in the mountains about 12 miles from the Haitian capital, Port au Prince. “When I went down to the city, it was like a battlefield. You see it on the TV but the reality is terrible, the sounds of the dying. And the smell of death is all around you,” she remembers.

Now home she has since fundraised to build a medical centre in Haiti and still supports the women’s business and visits Haiti regularly.

“People say to me ‘you’re great, I could never do that’. I’m not great! There are many, many people who could do this! People have much more to offer than they realise, just take the first step and see for yourself,” she says.

So, why not take that first step! For those who are exploring the idea of going overseas as a volunteer, come and meet Maeve Bracken at the Viatores Christi Overseas Volunteering Information and Recruitment Session in Tullamore on Monday 26th August at 7.30pm in the Day Chapel, Church of the Assumption, Tullamore, Co. Offaly. The session will provide step by step information on how to become an overseas volunteer with Viatores. If you are simply interested in learning more about development education issues, you will also be introduced to the excellent VC Orientation Programme – this is open to anybody whether you wish to go overseas or become involved with a voluntary group here at home.

Why not come along and learn more about what opportunities are waiting for you!