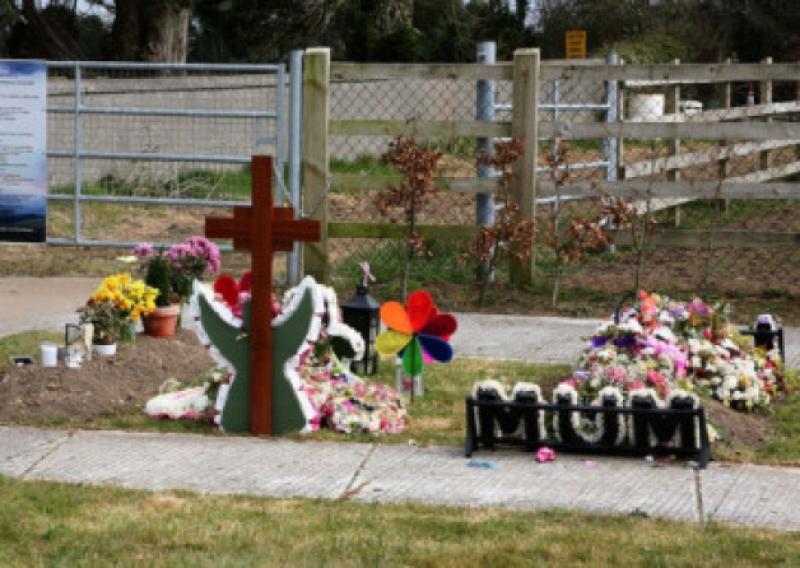 An stand-off is looming between county hall and the public over the breaking of cemetery laws banning kerbstones and flowers on graves in lawn graveyards.

An stand-off is looming between county hall and the public over the breaking of cemetery laws banning kerbstones and flowers on graves in lawn graveyards.

Lawn cemetery rules include a ban on kerbstones, ornamentation and flowers on graves, to enable easy maintenance and grasscutting by caretakers. Flowers may only be placed in holders attached to gravestones.

The rules were set in stone in Laois last January when bye-laws were passed. They affect 15 cemeteries around the county, as the new simple style takes over from the traditional ornamented Irish grave, which needs ongoing maintenance.

However, in Mountmellick where the lawn section is open for several years, some families have erected kerbstones around plots, and ignored requests to remove them by Laois County Council.

The council admitted that it no policy in place for what happens next, but say its staff will not be removing kerbstones.

“It is unfortunate that some people are not obeying the rules. We will have to make a decision on what moves to take. This is not fair on people who wanted their family member buried in a lawn cemetery” said an official.

Sheelagh Coyle from Mountmellick, contacted the Leinster Express to pointing out that the rules were being broken.

“According to the bye laws, nobody is supposed to put kerbing but at least three people have. It’s obvious the council are not going to do anything so what’s the point?” she said.

“We had been in the states and seen lawn cemeteries there. I gather the reason is it makes it much easier for a committee to run the lawnmower over. When you look at some cemeteries or graves, where there are no relative left, they look terrible. This is a big joke if people are just disregarding the rules,” she said.

The council wrote and informed all undertakers and stonemasons in advance of the new rules. Cemeteries which include lawned areas include Mountmellick, Portlaoise, Portarlington, Killenard, Durrow, Ballacolla, Abbeyleix, Ballyfin, Borris-in-Ossory, Camross, clonaslee, Mountrath and Rosenallis.

Last week the Leinster Express reported the upset felt by families who recently buried their loved ones in the new lawn section of St Michael’s cemetery in Portarlington, and were only informed of the rules afterwards.

“This has caused us immense grief. If we had known, we would have tried to find an alternative plot. This will look like a field of unknown soldiers,” said Michelle Christle, who has laid her mother to rest there.

“I just want a surround so a lawnmower won’t go over my mother’s grave. I think it is absolutely disgraceful. Her birthday is coming, we will want to put flowers there and we can’t,” said Tracey Hanlon, who is also mourning her mother.