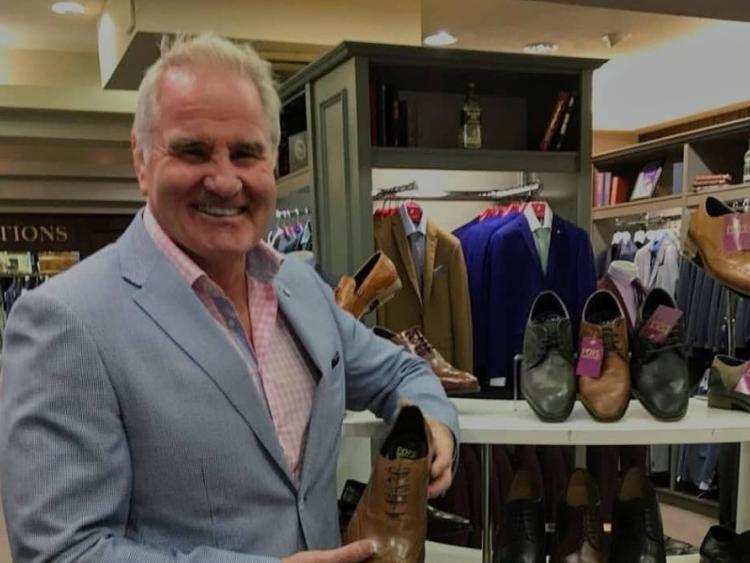 Rugby pundit and former New Zealand star Brent Pope has been confirmed as one of the many special guests taking part in the annual charity fundraiser, THE SHOW, which takes place on November 28 in the Bridge House Hotel, Tullamore.

Pope first found fame on the rugby field, playing over one-hundred first-class games for the All-Blacks. Only injury denied him a place in the New Zealand squad which went on to win the first ever Rugby World Cup in 1987 when they defeated France
29-9 in the final.

The Ashburton native has been putting his rugby knowledge to good use with the RTE sports department for the last twenty-three years, offering insight and opinions that have helped followers of the sport to develop a deeper understanding of the
game.

Brent’s natural charisma easily carried over onto the t.v. screen and has led to numerous appearances on other shows, including The Restaurant, The Den, and The Afternoon Show, while his honesty and wit have ensured he’s regularly in demand as a guest on shows like The Late Late Show.

Having been nominated as one of Ireland’s best-dressed men in 2012, Brent went on to launch his own range of shirts and shoes on his label, POPE, the following year. The POPE range is now carried by over one-hundred retailers in Ireland. Outside of fashion and rugby, mental health is an issue about which Brent cares deeply. In fact, he’s the curator of a gallery for mental health artists in Dublin called The Outside In Gallery.

Pope is just one of the big names lined up to lend their support to THE SHOW this year, with country music superstar Mike Denver and country music legend Philomena Begley also set to appear, as will Dancing With The Stars winner, and Kerry football giant, Aidan O’ Mahony, plus Fair City actress Jenny Dixon, and many more.

The event is organised by two of the most prominent businesses in the Midlands, the multi-award-winning menswear store Guy Clothing and its sister store, the ladies boutique, KODE.

And once again this year, Anthony and Kara Kearns will be donating all of the proceeds from THE SHOW to two local charities, with Offaly Down Syndrome and Tullamore Oncology Unit benefiting from the November 28 event.

Tickets for THE SHOW are just €15 and are available NOW from Guy Clothing and KODE.