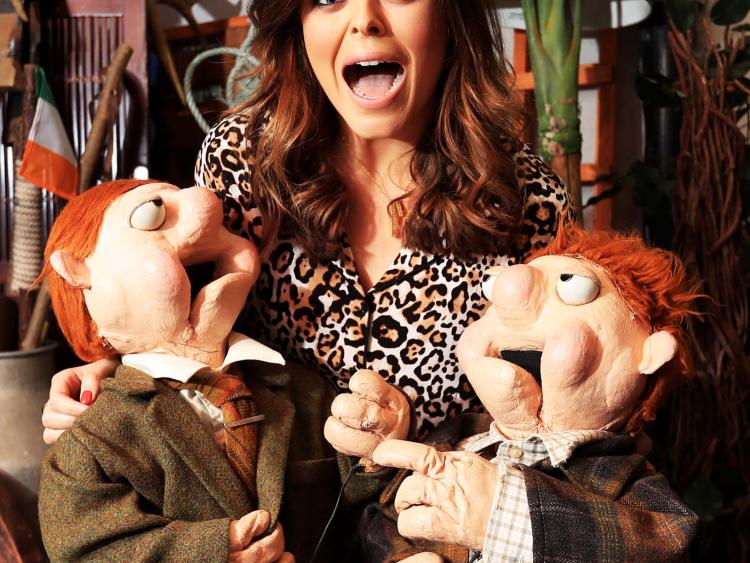 Ballydung Manor is flinging open its doors once again! It's been almost 10 years since Podge & Rodge subjected celebrities to their very unique interrogation style, and there's a whole new generation lined up who won't quite know what hit them...

Expect roasting celebrity interviews in the kitchen, scorchingly great music in the parlour and, of course, their new co-host Doireann Garrihy; impressionist, comedian and a woman who will have to adjust to Podge & Rodge's hilariously acidic take on Irish Life.

The first guests to take part in a conversational cha cha cha with the Ballydung Boys are Dancing With The Stars’ Erin McGregor, Josh ‘JP’ Patterson of Made in Chelsea fame, and there’ll be music from Le Galaxie.

Speaking ahead of episode one, Podge & Rodge said “We didn’t think telly was still a thing, but it must be, because we’re back! With the Donald in the White House, and Brexit Britain in the dog house, how could we feckin’ stay away? Our new co-host is Doireann Garrihy, social influenza, which sounds contagious! So come and catch a dose of The Podge and Rodge Show on Monday night!”

Co-host Doireann said “Podge & Rodge were dressed as Donald Trump and Kim Jong Un when I auditioned for the show, so who knows what madness they have in store – they’ll definitely keep me on my toes! The lads have such a loyal fan-base, who I’m sure will tune in to see what they have up their sleeves this time round. But I’m also excited for a new, younger audience to see the craic they were missing out on 8 years ago!”

Join the nation’s favourite bachelors on Monday 22nd October at 22:40pm on RTÉ 2.