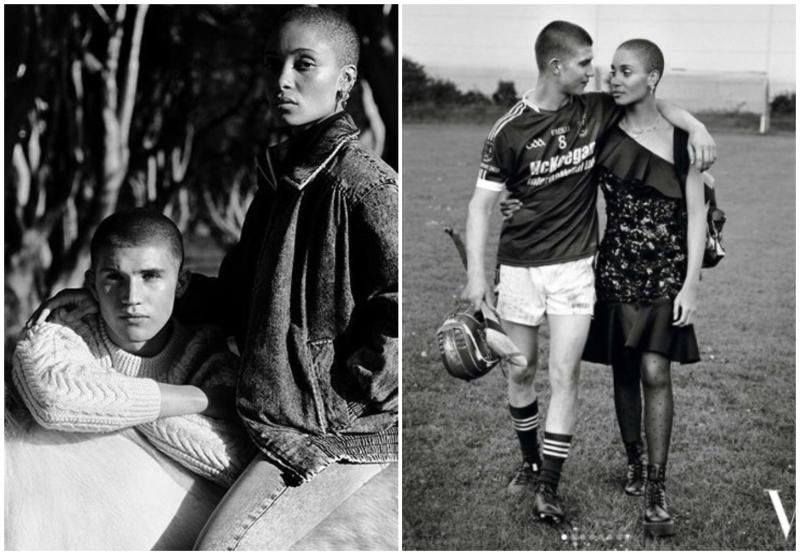 In an update to a story we brought you earlier in the week, it has emerged that Offaly's own Oisin Murphy appears in the pages of Paris Vogue wearing a full GAA kit.

The 19-year-old Birr man is officially making GAA jersey fashionable in August's edition of Vogue, hurl and helmet on one arm, British model Adwoa Aboah on the other. Not a bad days' work!

The shoot was captured by photographer Alisdair McLellan for Vogue in the "dark hedges of Antrim" where Oisin pulled on the local club Cushendall's jersey. The green and red of Birr would have just been too hot for fashionistas in Paris and Milan to handle.

Oisin is in fact a man of many talents and actually captained a winning 7-a-side Birr team at the weekend, lifting the GAA Battle of Champions crown. The tournament was organised to pit All-Ireland club champions from the past against one another.

On the pitch, Oisin was joined by the likes of county star goalkeeper Eoghan Cahill, and the team navigated their way all the way to the final against James Stephens from Kilkenny. In an outcome not seen too often in recent decades, the Offaly outfit overcame the Cats, sparking celebrations for Birr.

The team was packed with history too with Brian Mullins, the winner of All-Ireland club medals in 1998, 2002 and 2003 earning the player of the tournament award.