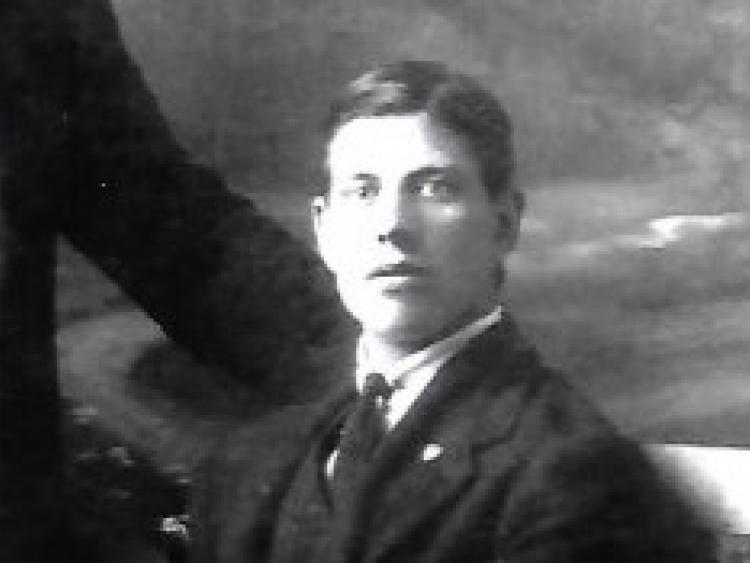 Offaly republican shot dead in 1923 to be remembered this Easter

Offaly man Thomas Kane will be commemorated this Easter as part of an event in his native Edenderry.

Speaking this week, Sinn Féin Cllr. Martin O Reilly stated that he is glad and excited to announce that the annual Easter commemoration will be held in Edenderry Town on Easter Monday, starting at 2pm and meeting at the Square to then March to the Republican monument in the grave yard where a series of events will take place.

"This will be a special event," stated Cllr. O Reilly, "as we will be remembering Volunteer Thomas Kane."

"Thomas Kane of Edenderry was shot at Newtown, Mount Lucas in April 1923. He had fought in the ‘Great War’ and later joined the National Army in the Curragh and was stationed in Wexford during the Civil War," Cllr. O Reilly explained.

Dr Ciaran Reilly of the Edenderry Historical Society chronicled the story of Thomas Kane this week. "He had absented himself from the army without permission and was being sought by National troops when he was cornered at Newtown on 7 April."

"The inquest into his death conducted by Mr T Conway at Tullamore Hospital stated that he had been shot in the hip and stomach while trying to flee the Free State troops. He had been in hiding at Sheils house at Mount Lucas for some weeks before the National army were informed of his location."

"Witnesses at Edenderry claimed that he had been wounded in Wexford during the fighting there, while Dr Meagher of Daingean stated that the victim had told him while being treated that it was foolish on his part to run but that he had never heard the cry of halt before been shot. Despite this the verdict of the court was that it had been a genuine military action and offered sympathy to his family."

"The Leinster Leader described his funeral at Drumcooley being attended by huge numbers and that his father was a humble hard working man who is well known in the town."

Cllr Martin O'Reilly concluded by stating that, "the main speaker at the commemoration will be Brian Stanley TD. Following the commemoration, there will be a talk from Dr. Ciarán Reilly about Edenderry and 1916 at the Corner House pub in the town at 3:30pm sharp. Music will follow afterwards by Gary Lawlor at 4 pm. All are welcome to attend."