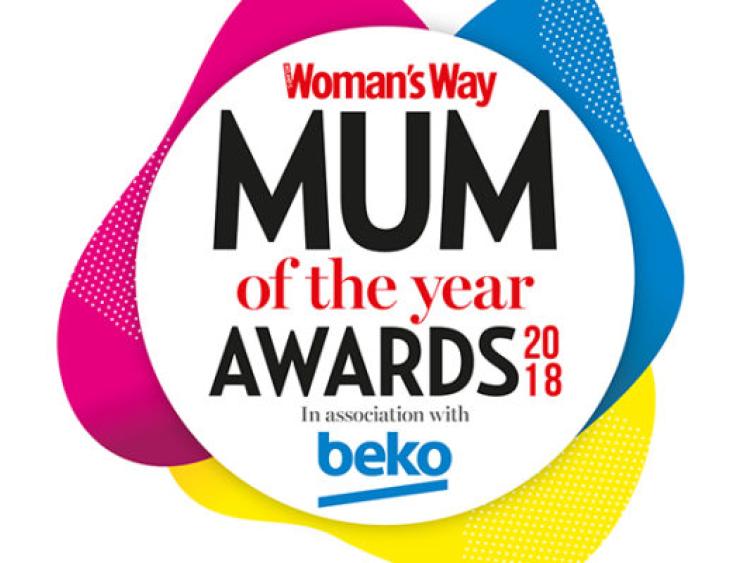 Celebrate your Offaly mammy by nominating her for these awards

Woman’s Way and Beko have teamed up for the third year to search nationwide for nominations to crown Ireland’s number one mammies.

The Mum of the Year Awards is the largest and most recognised national award celebrating mothering, and in its 15th year, has developed new awards to reflect the changing nature of family life in Ireland. This year, the Woman’s Way & Beko Mum of the Year Awards will be honouring new mums, generational mums, those who have overcome adversity, inspirational and transformational mums. What they have in common is the difference they’ve made to their partners, families, friends and/or communities.

As well as the overall Mum of the Year, Woman’s Way and Beko are also seeking nominations for first-time mothers, from mums across the generations, mums who inspire with their courage, mumpreneurs who are making a difference, mums who reach out through social media to create communities and mums from the world of celebrity, who are great role models.

On the Awards, Áine Toner, editor of Woman’s Way says: “Woman’s Way has been part of Irish family life for 55 years and it seems fitting that we are also celebrating a milestone birthday of our very special competition. We’ve been honouring Ireland’s mums for 15 years and these prestigious awards have gone to some of the bravest, most caring women in the country. We want to shine a light on ordinary women who do extraordinary things across Ireland, and share their inspirational stories in the pages of Ireland’s only women’s weekly magazine.”

Woman’s Way publisher Norah Casey says: “Mums are the backbone of our society, and yet the incredible contribution they make to families and communities goes largely unnoticed save for our annual awards. As a single mum who constantly juggles family, work and many charity commitments I know what it takes to raise a child. Which is why we are opening up our awards to reflect all of the various mothers who shape our lives in modern Ireland.”

Shane Kelly, Sales and Marketing Manager, Beko says: “We at Beko are keenly aware of the multiple roles mothers in Ireland play today - juggling between family, friends, work and community. Because of this, Beko constantly strives to develop home appliance technology that perfectly complements modern Irish families, with a strong emphasis on giving the gift of time through convenient household solutions. We relish being a part of the Mum of the Year Awards for the third year and look forward to recognising the invaluable work mums undertake in Ireland - which can often be taken for granted. We urge everyone to get involved in nominating in our new categories, which we feel reflect what’s really going on in Ireland today.”

Winners will be chosen to attend a special lunch in the summer and will receive a host of luxury treats worth €500.

Woman’s Way and Beko are seeking nominations from anyone who knows an exceptional mum. She could be your mum – birth, foster, step or adoptive – wife, partner, sister, daughter, friend or a community worker. Is the Mum of the Year 2018 living in your town?

To nominate a mum that deserves recognition, Woman’s Way and Beko are calling on readers to complete the nomination form in the current issue of Woman’s Way or to visit www.womansway.ie to nominate online. The closing date for entries is April 30, 2018.

The Overall Mum of the Year
A nominee who has channelled adversity into something positive, a true role model

The Generation of Mums Award
Nominees – grandmother, mother and daughter – who work in the same industry or are involved in similar initiatives

The Transformational Mum of the Year
A nominee who has transformed herself, her family or her community

The Celebrity Mum of the Year
A nominee in the spotlight