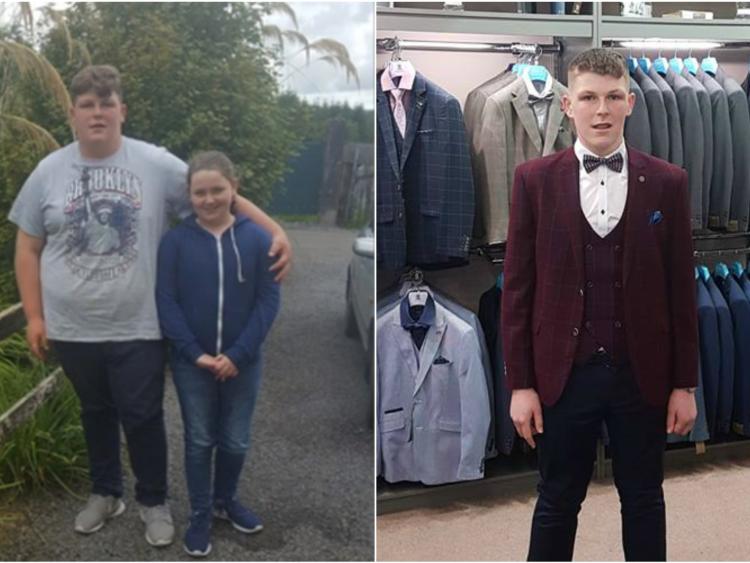 Tullamore teenager Daniel Killeavy has appeared on Ireland AM to speak about his extraordinary weight loss transformation.

The 16-year-old Colaiste Choilm students tipped the scales at 28 stone and 8lbs when he met with weight loss expert and TV doctor Eva Orsmond earlier this year.

Since then, he has been put on a strict eating and exercise plan, and has managed to shed 13 stone from his 6ft 3" frame in just over eight months.

You can view his interview on Ireland Am this morning, December 6, by clicking here to visit the 3Player.

Daniel spoke about his low mood while he was carrying the extra weight, and even brought along his 48-inch school trousers that now clearly no longer fit him.

He said he experienced mocking comments in school, and tried to hide away from social situations. He told Ireland AM that he would not have appeared on a show like that while he was at his heaviest. He found climbing stairs at school and ordinary daily tasks a challenge.

Since then, in just eight months, he has delved into exercise and an eating plan, a far cry from the days where he said he used to "eat everything in the presses." "I felt hungry all the time, day or night," he said.

Now, he says he has trained his body and no longer feels these relentless pangs of hunger, and in fact, rarely feels hungry at all.

Daniel thanked his parents, as well as Dr Eva Orsmond for their help with his weight loss transformation, saying he is now a happier and more active teenager. He also thanked Guy Clothing in Tullamore for sponsoring his outfit for his TV appearance.