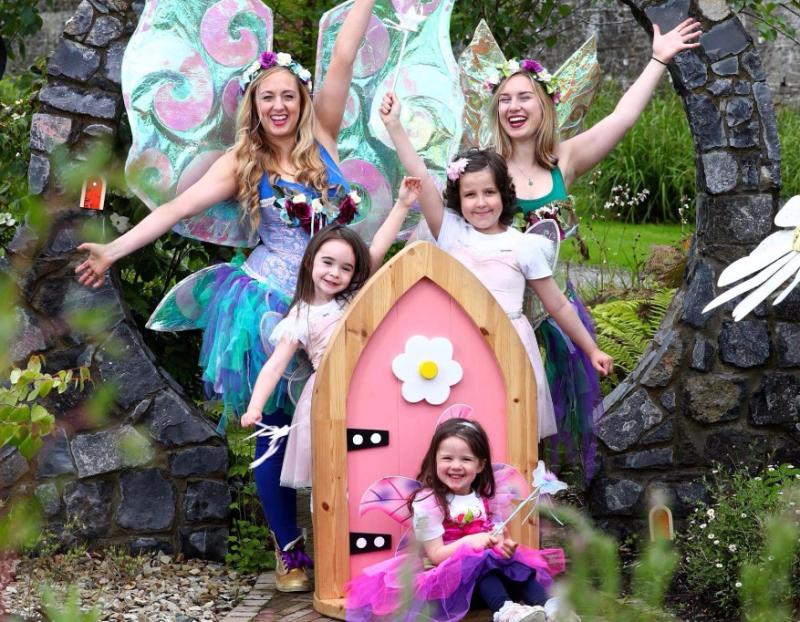 Bord na Móna, along with The Irish Fairy Door Company, have announced the return of the spectacular Fairy Festival in Lough Boora Discovery Park, Co Offaly on Saturday, July 22.

This year’s event promises to be even more exciting with a World Record Attempt for the largest gathering of Fairies in one stunning location.

Kicking off from 12.30 – 3.30pm, event-goers of all ages are encouraged to dress up in their best Fairy costumes and play their part in the first Irish World Record Attempt to have the largest group of fairies.

Bord na Móna’s Fairy Festival promises to be a truly magical day out for the entire family with activities to entertain kids of all ages across three stages, not to mention the stunning Lough Boora Fairy Door Trail which is ready to be explored.

Stage One will see The Irish Fairy Door Company’s resident fairies entertaining the masses with enchanting fairy tales, parachute games, giant bubbles and magnificent puppet shows with the famous Fairy Clodagh. There will be a magical fairy note workshop where every child can write a special note and hide it inside their own balloon and release it at home.

The third stage will feature a kids disco with special dance lessons from our expert fairy dancers.

Dee Ahearn, CEO, of Barretstown said: ‘We’re absolutely thrilled to be Bord na Móna’s chosen charity partner again this year. Family events at Lough Boora are always a fantastic family day out with children and adults alike speaking very highly of them. At Barretstown we must raise over €5 million each year to provide our life changing programmes free of charge to children and families affected by serious illness. Having successful partnerships, like the one we have enjoyed for a number of years with Bord na Móna, means we can continue to provide our programmes to children and families, and for that we are so thankful."

Speaking at the launch, Sara Byrne of Bord na Móna said: ‘We’re always really excited about our events in Lough Boora Discovery with The Irish Fairy Door Company. This year is a little bit different as we’re attempting to set a World Record. We encourage everyone to come dressed in Fairy Wings and a Fairy Wand so we can really smash this World Record attempt. We’re absolutely delighted to be working with Barretstown again for the fifth year – being able to support the amazing work they do is something we’re incredibly proud of’.

Tickets for the Fairy Festival are on sale from www.loughboora.com