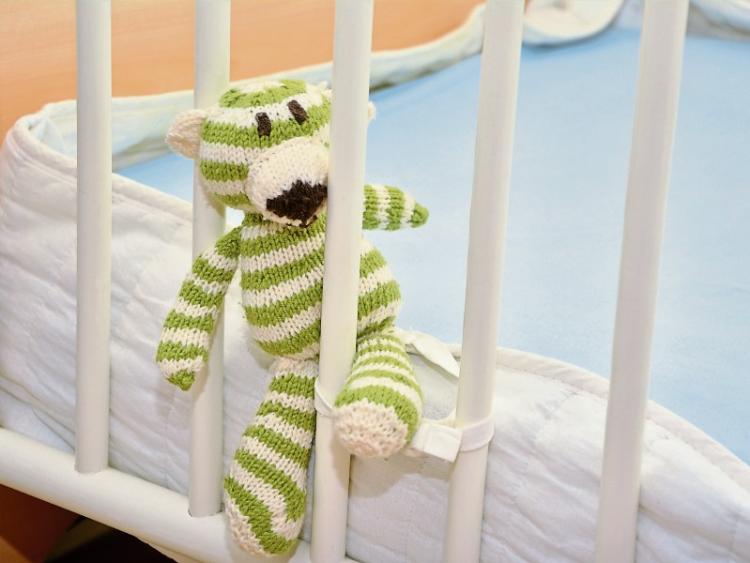 There’s always drama with my first born Aidan. He’s excitable, giddy, never listens and loves to do my head in.

Like that time we decided it was time to move Aidan from the safety of, or lack thereof, his cot to a ‘big boy’ bed. He had mastered the art of scaling the bars and escaping. One Saturday morning myself and Daddy Chambers were awoken by the sound of our little Chopin belting out a few tunes on his toy keyboard after he had somersaulted out of the leaba.

Having one of those cot bed thingys, we whipped down one side, invested in one of those safety rails and bought him a new duvet and a pillow. What could go wrong?

So the following night we decided to give it a go. Now, in hindsight, doing it on a Sunday when both mammy and daddy had early starts for work the following morning probably wasn’t the brightest idea we’ve ever had but having kept him from his daytime nap, we figured tiredness would kick in and the novelty of his new place of rest would wear off after an hour max. We were wrong. Very wrong.

At around 7pm he had his bottle as normal (I apologise to the local Public Health Nurse if you’re reading this; yes I lied when I said he was off all bottles by that stage) and popped him in, tucked him up and bid him ‘night, night’.

Seconds later Mozart himself was up playing a tune. In I went and calmly tucked him back in. He was undeterred however, and so the process was repeated. Daddy Chambers had the brainwave of removing said keyboard, so out it came. Problem solved. Not!

On the next trip down the hall and through the door we found our Aidan trotting round the room aboard Blaze, his brown hobby horse, a gift from his Godmother in Offaly, and so his furry equine friend was removed and the small one put back in under the duvet. Eventually all forms of entertainment were taken out of his boudoir. Surely to God he’d go to sleep then, we thought, but once again we were wrong.

Childproofing locks for drawers and presses are supposed to do what they say on the tin. They may be child proof but they certainly aren’t Aidan proof. On the next visit to the bedroom I noticed he had managed to get the drawers open on his chest, scatter about 20 pairs of socks around the room and was having mighty craic chewing on the polystyrene floats that are built in to the midriff of his swimsuit.

With his belly full of plastic I yet again escorted him back to his bed and gave him strict instructions to go to sleep. At this stage I think he had been over three hours in his room and there wasn’t a sign of sleep on him. There was, however, a large sign of sleep on me.

It didn’t finish there either. Fully convinced I had finally Aidan proofed the room I poured myself a glass of wine. I wouldn’t normally drink on a school night but Mini Mozart drove me to it! As soon as my behind met with the cushions on the sofa I heard more high jinx from the bedroom. On opening the door I was met by a mound of baby wipes.

Three packets he had opened and flung all over the floor. This was the final straw. It was 11pm so I summoned Daddy Chambers to get the screwdrivers and shove back up the side of the cot. Out came the pillow and the duvet, on went the sleeping bag and up went the sides.

Aidan was traumatised, as only a toddler can be when someone does something they don’t like but within ten minutes of being back behind bars he was sound asleep and my glass of wine had gone from nicely chilled to not so nicely warm.

So, what did I learn from the whole escapade? Well perhaps we were a bit hasty in making the move. Putting him back in a cot only delayed the inevitable but I was quite happy with that the night in question. I think I’ll keep his little sister in a cot until she’s ready for school. I don’t think I could go through it again.

Patience and myself are not the best of friends you see.

Former Offaly based sports journalist Ruth Chambers (she may be more familiar to you as Ruth O'Brien) bid farewell to her life as she knew it with the arrival of her children Aidan and Sarah. Her 20s were spent dancing on tables to Stephen Mooney every Sunday night in what was then known as The Dew Inn on High Street, Tullamore, but, now in her 30s, her wings have been clipped. She now blogs instead of dancing on tables. New to the site this week is Ruth's column, It's Just a Phase - her take on baby and toddler dramas. See more of her musings at www.itsjustaphase.ie, follow her blog on Facebook by clicking here or follow her in Instagram by clicking here.