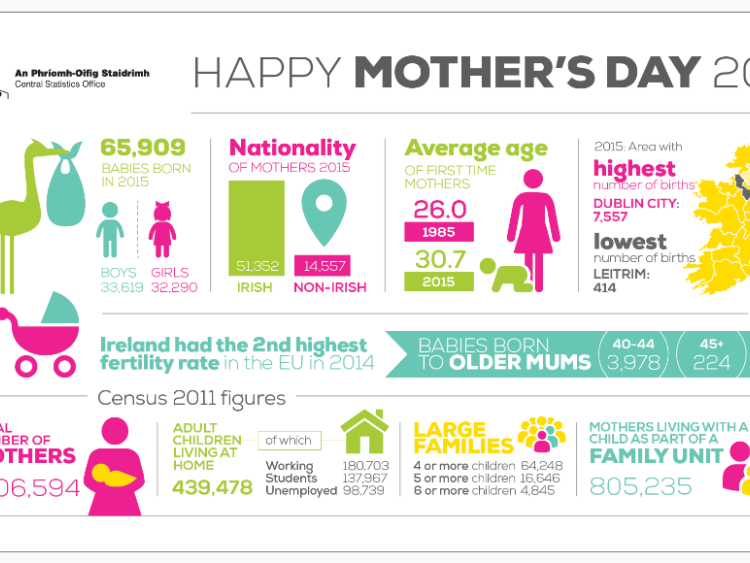 Ahead of Mother's Day this coming Sunday, March 26, the Central Statistics Office has revealed how many mother there are in Ireland. According to the 2011 Census, there were 1,106,594 mothers in Ireland, of which 805,235 were still living with a child as part of a family unit.

There were 419,682 mothers working outside the home and 219,347 mothers at home looking after the family, so that's an awful lot of hard-working mammies with children to spoil them. But how many children?

There are also thousands of grown up children still leaving at home, and Irish mammies have a lot to put up with, so Sunday is the perfect chance to repay them. 439,478 adult children still live at home with a parent.