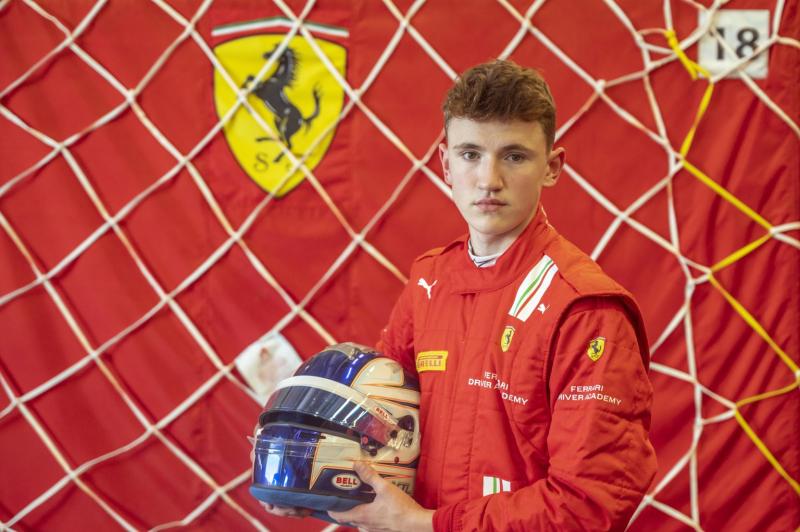 The Clonbullogue teenager is running away with the British Formula 4 Series having already set a new record of 11 wins with more races still to come. He holds a 106 point lead in the Championship. Previous winners of that series include current McLaren Formula 1 driver Lando Norris.

The camp takes place for four days at Ferrari's headquarters in Marinello in Italy and at the company's test track at Fiorano.

The quartet will be on the track on Tuesday and Wednesday having started on Monday with a day covering all aspects of the life of a racing driver.