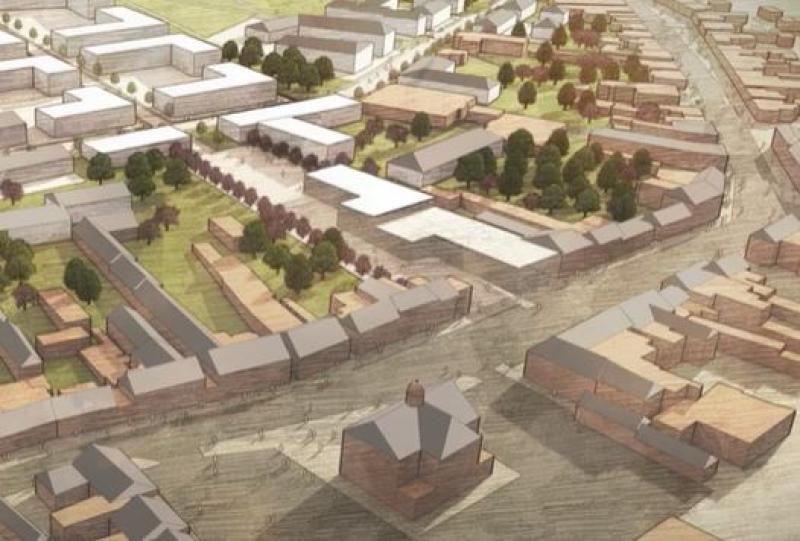 A masterplan has been drawn up for the town

AN architect has been appointed to design a new library and arts centre for Edenderry.

A meeting of Edenderry Municipal District was told this afternoon (Wednesday, September 14) that Offaly County Council had signed a contract with a design team.

The design will be done during the autumn. “We're really excited about this,” said Sharon Kennedy, Edenderry district manager.

Ms Kennedy said the council hopes a “legacy building” will be developed for the next generation in Edenderry and the wider district.

“It's wonderful that we've got to this point.”

The library and arts space will be located in the town centre at the site of the former Tesco building which was demolished this year.

That will be the first phase of a major urban regeneration redevelopment project on a site off JKL Street.

The entire site stretches back as far as Blundell Park and the castle ruins.

Cllr John Foley welcomed the progress on the project and said it was an example of “a great news story”.