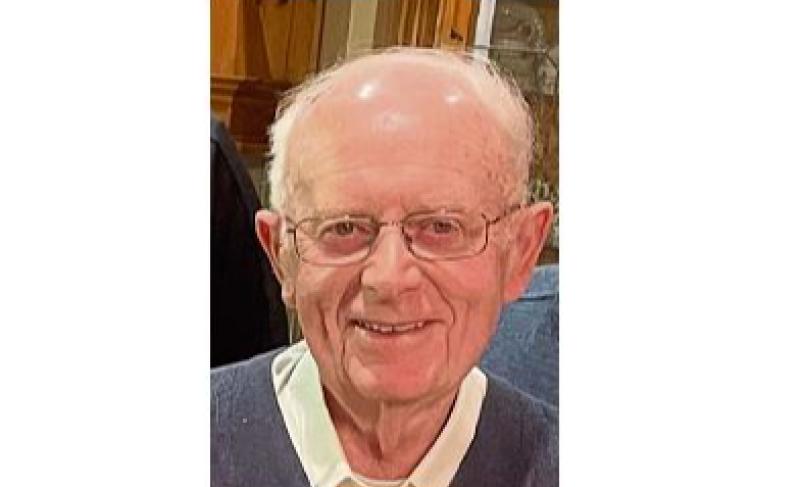 THE sad death has taken place of a former member of Tullamore Urban District Council and Offaly County Council.

Sean Curley, Screggan, served as a Fianna Fail member of the then Tullamore Urban District Council for two terms from 1974 to 1985 and he did one term on Offaly County Council from 1979 to 1985 before stepping away from active politics – though he remained a very loyal and devoted Fianna Fail member until his sudden death last week.

While politics brought him to the attention of the wider public in Offaly, his contribution to life was much more profound, much deeper than this alone.

He was a proud Tullamore man, reared at Chapel Street bang in the middle of the town where he grew up with his parents Jimmy and Frances and brother Brendan, whose early death at 31 years of age devastated him. His father Jimmy was well known as a harness maker in what was later Talbott's Shop in Patrick Street.

He spent a considerable amount of time of his youth in the Curley ancestral home in Screggan, with his grandparents and he moved back out there in the late 1990s after building a new house just up the Rahan road from Mucklagh.

The late Sean Curley possessed a huge force of personality from a young age and people of his generation remember the natural charm that he possessed as a schoolboy.

After leaving school, he had a variety of jobs. He initially worked in a laundrette in Patrick Street and then trained as a baking hand in one of Tullamore's iconic businesses, P & H Egan on Bridge Street – where the Bridge House is now located. He worked with some great Tullamore characters here, including the late Jimmy Carter who later owned a famous chipper in the town.

He then took up employment with what later became the Midland Butter and Bacon Company, looking after transport and personnel before branching out into sales. This was another iconic company and he worked here until its closure in the late 1980s – that was a traumatic event for the Curley family as his sons Paul and Adrian also worked there at that time.

Sean Curley's services, however, were always going to be in demand and knowledge of his prowess as a salesman had spread. He was head hunted as a salesman with Roscrea Fresh Foods, local competitors of the Midland Butter and Bacon Company.

He worked for two years in their depot on the Long Mile Road in Dublin before moving to their head office in Roscrea. That firm later became Irish Country Meats and then Rosderra, where Sean completed his working life in the late 2000s in Edenderry.

He was a brilliant salesman, with a natural ability to converse and a soft but quick wit that endeared him to people. Work colleagues retained great memories of him, the assistance and advice he gave them and the way he trained them.

He married Eileen Conroy from Ballindrennan, Rahan in 1966 and they initially set up family home in Chapel Street, near his home house. He then moved to Arden Heights where he built two houses and lived here for several years before making his final move to Screggan in 1999.

He was very familiar in Tullamore as a barman for many years in the 1970s and the 1980s, a job he took on for some extra income. He worked in McGinn's and then the Manor, when it was owned by late Kilcormac man Vincent Daly – Vincent Daly also owned the Cherry Tree in Birr and the Portlaoise Arms and Sean formed lasting friendships with many co-workers and customers in those years, including Offaly football legend Martin Furlong who worked for the Dalys.

He had wide and varied interests. He was a dedicated member of St Colmcille's Pipe Band in his young days, competing in several competitions for them and his highlight was winning the All-Ireland solo drumming championship in the late 1950s.

He was a very keen table tennis player during a golden era for that sport in the 1960s and 1970s with a couple of thriving clubs in Tullamore. He was a member of the St Mary's Club and got great pleasure from this sport. His biggest achievement here was winning the Kemp Cup for the Provincial Towns competition with St Mary's in 1961. That was the first time that cup went outside Dublin while he formed a very successful doubles partnership with Tullamore man, Pat Bracken, winning a host of county and town title.

He was a keen GAA follower, getting great pleasure out of Offaly's many successes from the 1970s on. He also took a great interest in Tullamore Harriers Athletics Club where his son Adrian was a talented athlete and is now the chairman. While Sean was not an athlete himself, he kept up to date with all the news in Tullamore Harriers and how their competitors were progressing.

He became interested in politics at a young age and his natural charm and personality made him eminently electable. He got elected to Tullamore UDC in 1974 – he was elected on the first count, surpassing the 272 quota with two votes to spare on 274. He trailed behind Labour's Lar Byrne and Independent May Keeley – Keeley became the first lady councillor in Tullamore in 1974 - but didn't have to worry about the subsequent counts as the nine seats were being filled.

He was nominated for the chair of Tullamore UDC during his term in office but Fianna Fail did not have the voting strength to get him elected in those years as the other members combined to keep their nominees out.

In 1979, his popularity was at its peak. He stormed home in the Tullamore UDC election, topping the poll on 460 votes – he was the only candidate past the 306 quota on the first count and was way clear of his party colleague James J. O'Connor who was second, within sniffing distance of election on 294 and Sean's surplus carried him in on the second count. Topping the poll was a serious achievement in an era where Lar Byrne and May Keeley were very popular in the town vote.

He also got elected to Offaly County Council in 1979 with Labour's Vincent Wynter losing out. The quota for the Tullamore electoral area was 1,123 and Curley got a very respectable 747 first preference votes. He got a large transfer of 122 from Ber Cowen' surplus and was finally elected on the 11th count when he got over the quota.

While he would almost certainly have been re-elected in 1985, he stepped down as he opted to concentrate on family and work life.

He also served on the Midland Health Board and made a valuable contribution to his home town and council during his years on council. He was a proficient public speaker, able to get his point across and bring people with him. He was a long serving activist and officer at local cumann level in Tullamore and with the county organisation and continued to canvass in elections in recent years.

He perhaps could have gone higher in this but he was a very loyal Cowen man, firstly helping Ber get elected and he was then instrumental in Brian's initial election in 1984 following his father's death.

He continued to live a full life after his 2009 retirement. He took great pride in his home in Screggan and it was a real labour of love for him and Eileen. A very united and devoted couple, they had a great shared interest in their garden where he was expert in sowing roses and they had a variety of flowers and vegetables.

He and Eileen loved travelling, visiting various parts of the world as well as going on a few cruises. 79 years of age, he was a loving, devoted husband and father while he took a tremendous interest in the lives of his grandchildren in the past couple of decades plus, their academic and sporting achievements.

A familiar figure in Mucklagh village, he was great easy company and time with him was always very well spent. He took an interest in people and had the ability to make them feel better about themselves.

There was a huge crowd at his removal and funeral in Tullamore and Mucklagh last week. Fianna Fail members were out in force for a guard of honour at his funeral on Wednesday and he will be sadly missed by many, none more so than his wife and family.