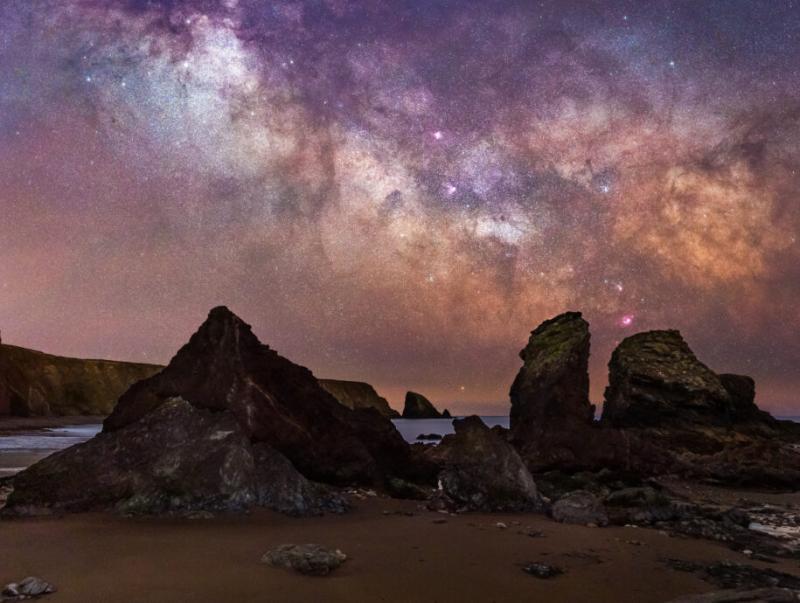 An Offaly photographer’s image is to be exhibited in Dublin as part of the Reach for the Stars astrophotography competition.

An image taken by Tullamore photographer, Tom O'Hanlon, will be showcased in an outdoor exhibition at part of the 2022 Reach for the Stars astrophotography competition, run by the Dublin Institute for Advanced Studies.

Tom’s photo, called ‘Copper Coast Starlight’ and taken in Ballydwan, Co. Waterford, will be put on display along with 19 other top-rated images at as part of an outdoor exhibition, from Friday, August 12. The exhibition will hang at the railings of DIAS's premises at 10 Burlington Road, Dublin and is free to attend.

The Tullamore photographer was inspired to take the photo after visiting family in Waterford. He had to wait until the Milky Way Core returned to Irish skies at the beginning of March. He said Waterford is great for astrophotography as it is a south facing coastline with minimal light pollution.

Commenting on the success of the competition, Dr. Eucharia Meehan, CEO and Registrar of DIAS said: “I would like to congratulate the winners of the competition on their achievements, and thank them and indeed all entrants for sharing their creativity with us.

“This competition builds on DIAS’s – and Ireland’s – proud astronomical heritage. We have a rich history in space research, and are involved in a number of major astronomy projects around the world, including our work on the James Webb Space Telescope – the largest and most powerful space telescope ever built. It’s fantastic to be able to play a role in fostering an interest and appreciation in astronomy with a wider community of people in Ireland, through Reach for the Stars.”

The winning images are all available to view now online on www.reachforthestars.ie