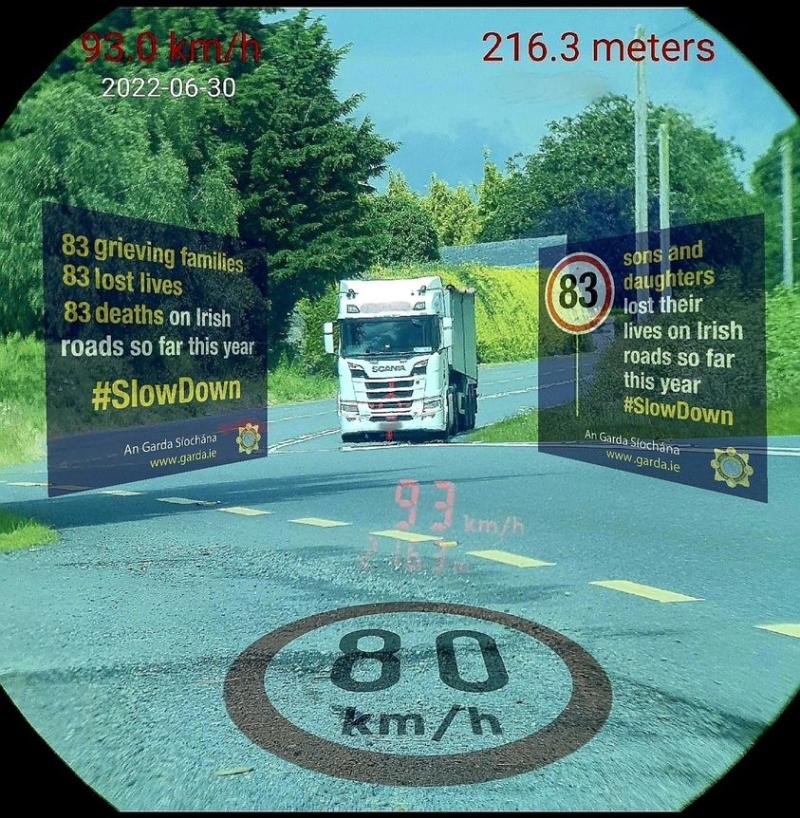 A speeding HGV driver who was stopped in Midlands should not have been on the road.

It transpired the driver, who had been caught speeding earlier in the day, had a licence which expired over a year earlier.

Gardai posted a picture on social media and stated: “Laois Roads Policing Unit on patrol today stopped this HGV for a speeding offence on the N80 at Milltown, Ballylinan."

The driver whose licence was out of date over a year informed Gardaí that it was the second time that they had been stopped for a speeding offence. A numbers of Tachograph offences were also detected. Gardai say court proceedings have commenced.