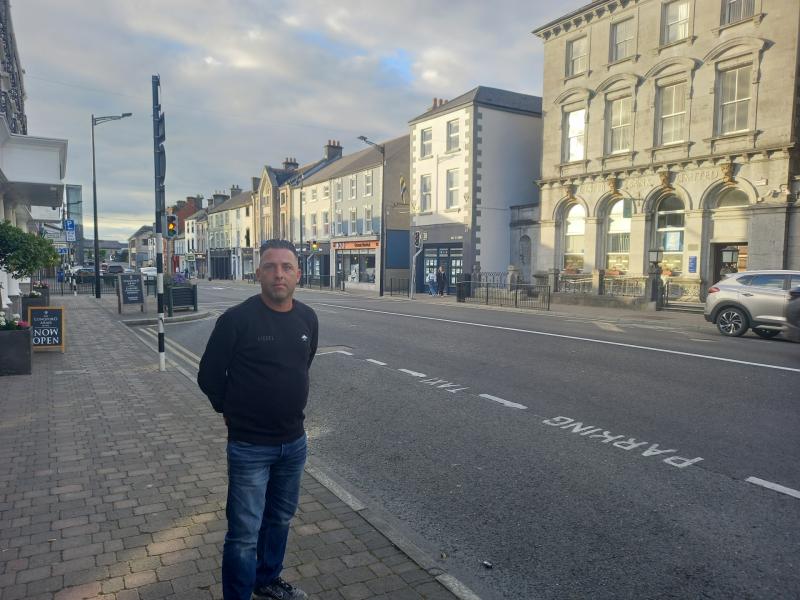 A father of one has spoken of how he no longer feels safe walking the streets of a town in the Midlands after being kicked up to 20 times on the ground in front of his “terrified” 12-year-old son.

Thirty-four-year-old Francis Gavin was set upon by a two women and a man shortly before 2pm on April 28 last while walking along the Ballymahon Street area of Longford town.

The Longford man said the incident unfolded just as he had been in the process of attempting to purchase a number of items for his son ahead of a holiday to Spain a few days later.

It was at that juncture, he said, the alleged suspects pulled up in a silver Ford Focus car before launching a violent and frenzied assault.

“Two of them were women and one had a Lucozade bottle in her hand,” he said.

“The man came out (from the car) swinging boxes and I just told my son to run.

“He ran for his life into Eurogiant and the three of them started attacking me (on the street).

"I was kicked around 15 to 20 times on the ground. I remember him (attacker) falling and I think his legs went dead from kicking me."

“I genuinely thought I would never see my son’s face again.”

Francis sustained a number of cuts and bruises as a result of the incident, claiming many of those injuries came while falling to the ground as his alleged assailants unleashed their onslaught in full view of shocked bystanders.

“I went out to casualty and the doctor said to me he was disgusted (by the incident).

“He said he was sick of what is happening in Longford town.”

Francis, who, by his own admission has been before the courts in the past for shoplifting and driving offences, said he believed he was targeted by a faction who firmly believed they were above the law.

“This was about bullying and trying to take control,” he said.

“This gang want to take control of Longford and want it to themselves.”

Now fully physically recovered, Francis conceded the episode was one which had left a deep and traumatic mark on his own self confidence, so much so that neither he or his son felt safe walking the streets of Longford town.

“My son has not come down to Longford since,” he said.

“He is terrified and is in Dublin with his mother. I said to him: ‘Are you coming down?’ All he said back to me was: ‘No I won’t daddy, I am too afraid to.’

“I am very cowardly too. I have never had to watch my back anywhere and now I am going around the town watching my back.”

A garda spokesperson confirmed three people, two women aged in their fifties and 20s together with a man in his 30s had been arrested in connection to the incident but had since been released without charge.

A file will now be sent to the Director of Public Prosecutions (DPP) as to whether any charges can be brought against the trio.