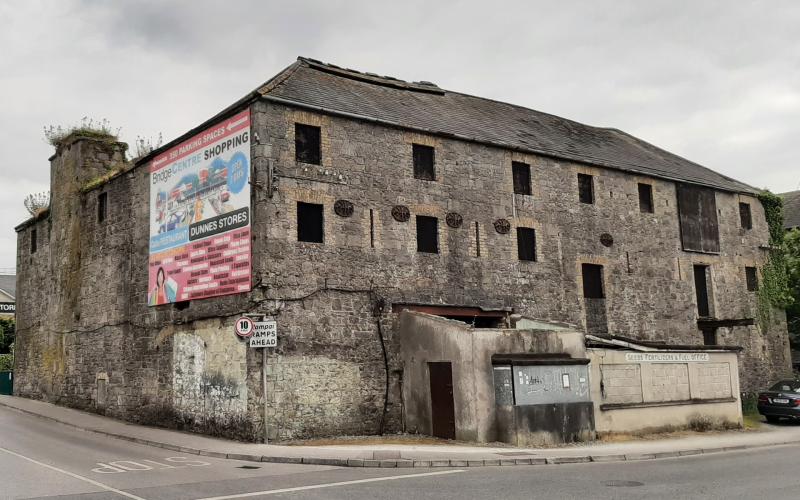 A MAJOR residential and retail development on an historic site in Tullamore town centre has got the go-ahead from county planners.

A company headed up by businessman Christy Maye, former owner of the Bridge House Hotel and developer of the Bridge Centre, has received permission to convert a former distillery mill building into four retail units and 18 apartments.

The existing building, which is a largely derelict protected structure, dates from the 1800s and is located on the bank of the Tullamore river on the corner of Water Lane and Main Street.

It was originally part of the complex of buildings which became the Tullamore DEW whiskey distillery and a steam engine and mill survive on the site.

A three-storey building with much of the roof and internal floors in collapsed states, it will house the shopping units on the ground floor and the apartments on three levels above (as depicted in the draft architect's image below). 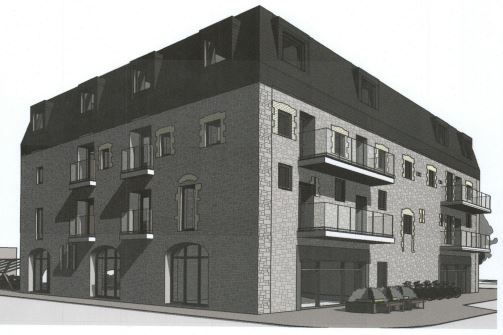 An existing small car park, which lies on top of a bridge across the river, will make way for a new public square and there will be a view of the waterway and a walkway along it.

There will be a pedestrian crossing to the Bridge Centre car park.

An architect's report with the planning application from Ravine Ltd stressed that proposed design aims to retain the maximum amount of surviving historic fabric and features, to ensure the integrity of the protected structure is maintained and enhanced.

Existing window openings will be retained and blocked up archways will be reopened and reused as windows on the ground floors.