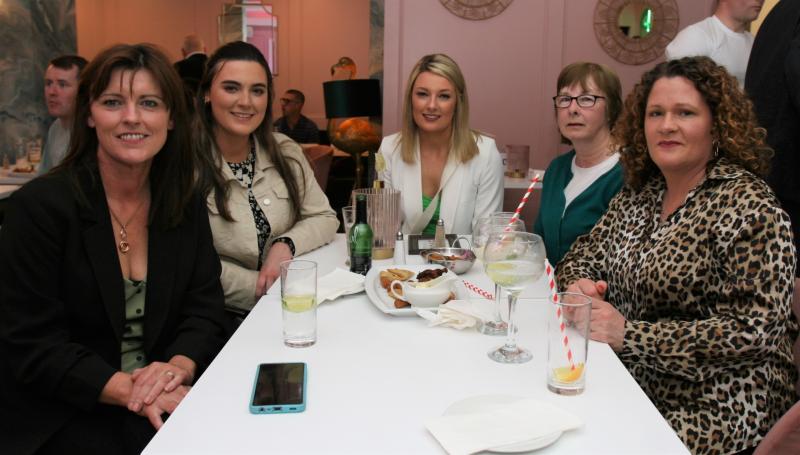 ST BRENDAN'S PARK is a hub of sporting activity in Birr and club officials are eager to make it even bigger and better with the wheels in motion for a fundraising extravaganza, having launched their hugely exciting Birr GAA Mayoral Campaign.

Four brilliant candidates – well-known locals Pio Spillane, Caroline Boyd, Deirdre Cashen and Dylan Murphy – will duke it out between now and the October Bank Holiday to be crowned the mayor of Birr with all funds raised going towards securing the future of the club.

St Brendan's Park has a special place in the GAA's heart, as was witnessed with recent marquee events like the All-Ireland Ladies Club Football final between Kilkerrin/Clonberne and Mourneabbey and the Division 1 Hurling League clash between Cork and Offaly.

Further developments on the back of the Birr GAA Mayoral Campaign – including the development of a ball wall, astro turf pitch and a gym – will help to ensure that St Brendan's Park continues to soar into the future and cater for their next generation of stars.

This is the club's first major fundraiser since 2016 with the huge support received for the memorable 'The Westend, Battle of the Musicals' helping to greatly upgrade the facilities in St Brendan's Park with huge work undertaken in the past six years.

Among the work carried out in phase one and two, as a result of the support from businesses and people from Birr and its hinterland, was the completion of the terraces at the town end and the road side while a pitch drainage network was also installed.

An annual pitch maintenance programme was introduced while artificial goalmouths were laid and new inter-county standard ball stoppers erected along with the installation of an electronic clock/scoreboard.

Those funds also helped to build an impressive extension to the three dressing rooms on the road side as well as constructing an additional fourth dressing room, also of inter-county standard with a designated physio area among other modern amenities.

A state-of-the-art sound system was installed to cater for both the stand and the terrace, the Press Box was upgraded, a hugely profitable shop was also constructed to cater for spectators on match day while the office/meeting room was also remodelled.

Having received a sizeable €150,000 grant as part of the 2022 Sports Capital Grants following trojan work behind the scenes, plans are in place to cement the club's future with phases three, four and five of their development set to follow after the completion of the Mayoral Campaign.

A 40-metre Ball Wall, an Astro Turf area (40m×20m) and an on-site gym for players to develop strength and conditioning are all primed for phase three with a new grass playing area to facilitate underage players part of phase four.

The development of a club house in St Brendan's Park is pencilled in for phase five and Birr GAA chairman John Irwin is calling on support from far and wide ahead of a busy schedule of fundraising events to cater for everyone's needs over the next five months.

"This won't just benefit Birr GAA, it will also benefit the students attending all of our national schools, post primary schools, South Offaly Special Olympics and many others who will all have continued access to our facilities," Mr Irwin said.

"This exciting fundraiser is part of the continued development of St Brendan's Park as a venue for local, regional and national fixtures which results in massive spin-off industry to the town while it's also a hugely important facility for our youngest within out club, our Academy.

"They will have a safe and top-class facility in which they can begin their training while it will also be a space for our teenage and adult players where they can continue their skill development. We really appreciate your support of the green and red as always and we can't wait for all of the events to kick off."

Pio is a Birr stalwart who has been involved with the club for over 30 years. He is a popular figure in Birr and beyond and he has some innovative plans in the pipeline that will catch the eye of the whole community.

Caroline is a well-known businesswoman who has three sons playing for Birr. She has already played a huge part in the development of the ball wall in St Brendan's Boys Primary School and she intends to add lots of glitz and glamour to proceedings.

She is best known for her exploits on the camogie pitch with Birr and Offaly, but Dee is also a popular character off the field and she plans on catering for all age groups throughout her campaign, kicking off with a Camogie 7s tournament on Saturday, June 18th.

Better known as 'Spud', Dylan is a charismatic figure around the town and he has been a mainstay with the club in recent years. This man has all kinds of surprises up his sleeve over the next five months, so you better watch this space!