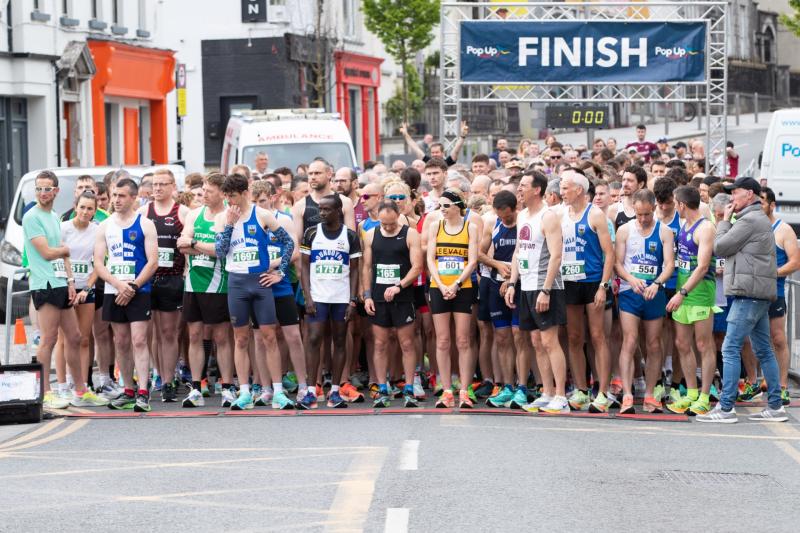 FOUR months after Ashling Murphy was killed while going for a run near Tullamore, an estimated 800 runners took part in a memorial race around the town in her name.

Kathleen and Ray Murphy, parents of the 23-year-old teacher who was murdered on the bank of the Grand Canal on January 12, presented prizes to the top female finishers in this morning's run.

“To get those numbers taking part was just brilliant. We're going to build on that for next year and hopefully we'll hit over the 1,000 mark for next year,” said Darren Butler, chair, Offaly Athletics county board.

“We all know what happened Ashling. Some of the clubs contacted me and said they wanted to run their own individual races so I said we'll wait until the dust settles and the county board would hold a four-mile race with all the clubs involved.”

Fearghal Leonard, a runner with the Tullamore Harriers athletics club, is a first cousin of the late Ashling and he consulted the Murphy family about the plan for a race.

“The family gave it the thumbs up and they were very supportive and we're delighted to have them here.”

Along with Ashling's parents Kathleen and Ray, her brother Cathal and sister Amy attended the event and traditional music was played by former colleagues of Ashling's in Ballyboy Comhaltas.

Groups of musicians played continuously at each mile marker along the route and Ray Murphy then joined them on stage in O'Connor Square with his banjo after the race.

Members of Kilcormac/Killoughey GAA and camogie ran the course as a group in honour of their former clubmate Ashling.

The race attracted entries from all over the country and the winner of the women's race was Lizzie Lee, Leevale AC, Cork, who ran the marathon in the 2016 Olympics and whose victory in Tullamore coincided with her 42nd birthday.

The event was open to walkers too and hundreds took part, including many with their children.